How to make a pumpkin spice latte at home that’s even better than Starbucks.

Fall is here so everybody and their sister is in the mood for pumpkin spice latte. Starbucks made this drink so popular that it even has its own nickname (a.k.a PSL), social media accounts and hashtag (#PSL)

According to Peter Dukes, who led the development of Starbucks’ Pumpkin Spice Latte, nobody has ever expected that it would become so popular as to ‘take on a life of its own’.

Since 2003, Starbucks releases it each year in the beginning of September, and they take it out sometime around the end of December.

But what happens to us, the ones that love it all year round? What about the ones that want to make a pumpkin spice latte at home, which is probably a lot better than Starbucks? 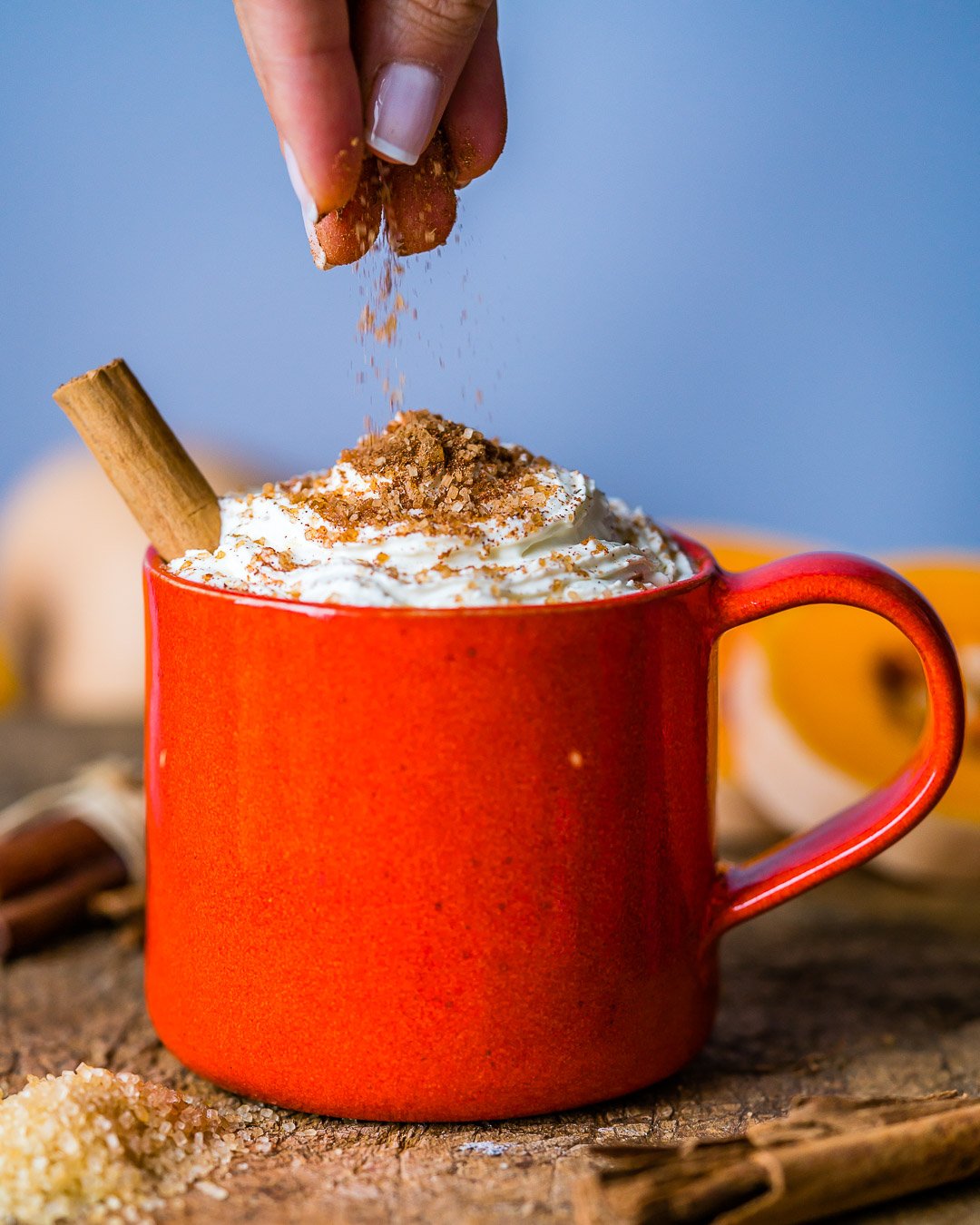 Do you really want to wait in anticipation for it just like you are waiting for the new season of Game of Thrones?
And even when it’s out, wouldn’t it be better to skip the trip to Starbucks (and the queue)?

That’s why today I will show you how to make a pumpkin spice latte at home. Unfortunately, I can’t do anything about Game of Thrones.

Note that this is my version of PSL in which I used more pumpkin purée, so it’s kind of a hybrid between smoothie and latte. It’s not exactly like Starbucks’ but in my opinion, it’s way better. 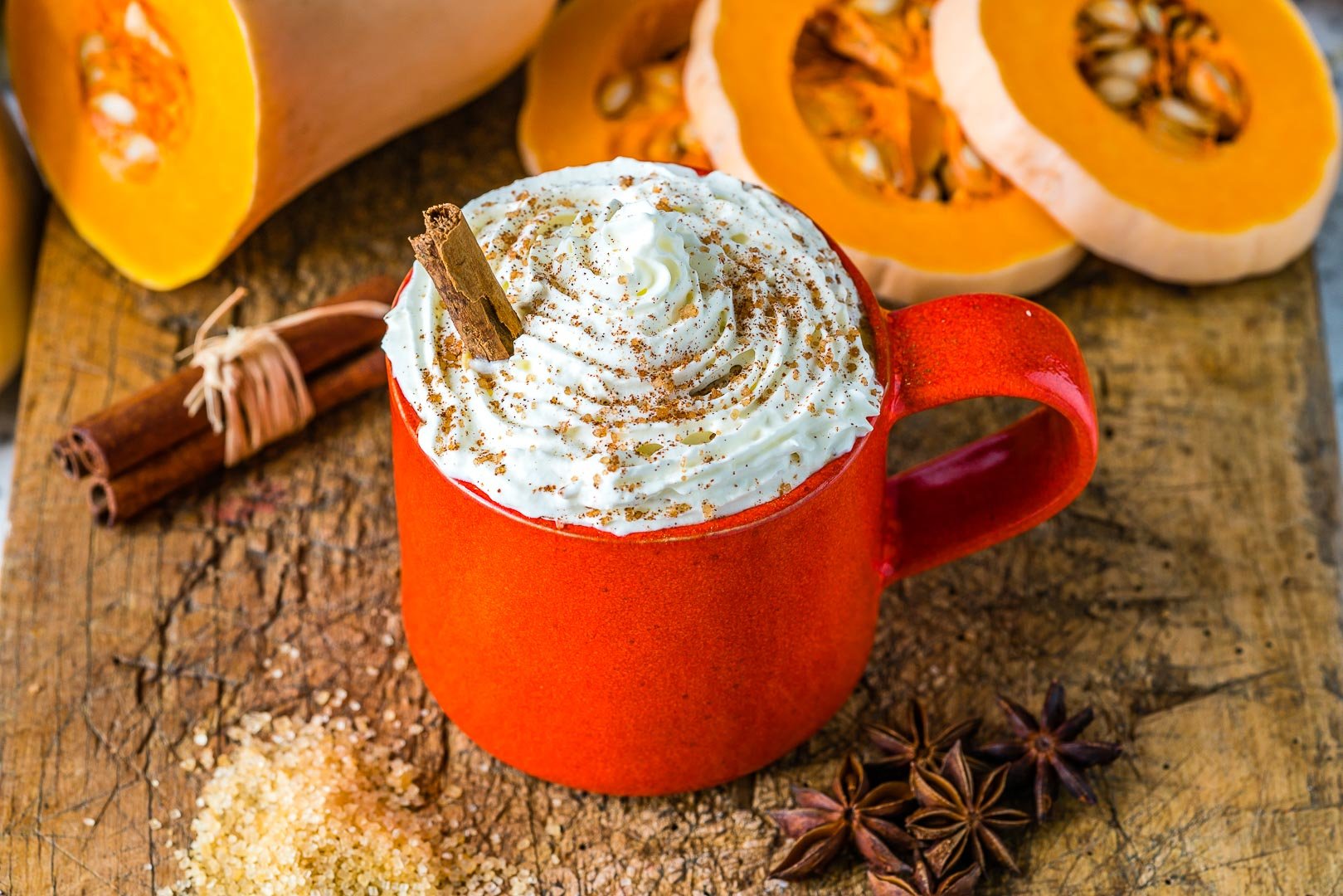 But first, I would like to tell you a few interesting things about it. They are good to know especially if you just stumbled upon the PSL on Facebook or Insta and have never tried it in your life (kind of like my husband).

So do you know what this famous spice really is?

What is Pumpkin Spice

Pumpkin spice is a mix of spices used in pumpkin pies since the 1890s (source: Wikipedia). It is mostly used in America, but in recent years it has become more popular worldwide. Also referred to as pumpkin pie spice, most mixtures don’t contain actual pumpkin.

It is usually made of ground cinnamon, nutmeg, dry ginger, and clove or allspice mixed together.

However, I will show you how to make a PSL with all natural pumpkin purée.

And just in case you haven’t tried it yet, let’s see first what it really is.

What Is A Pumpkin Spice Latte Anyway? 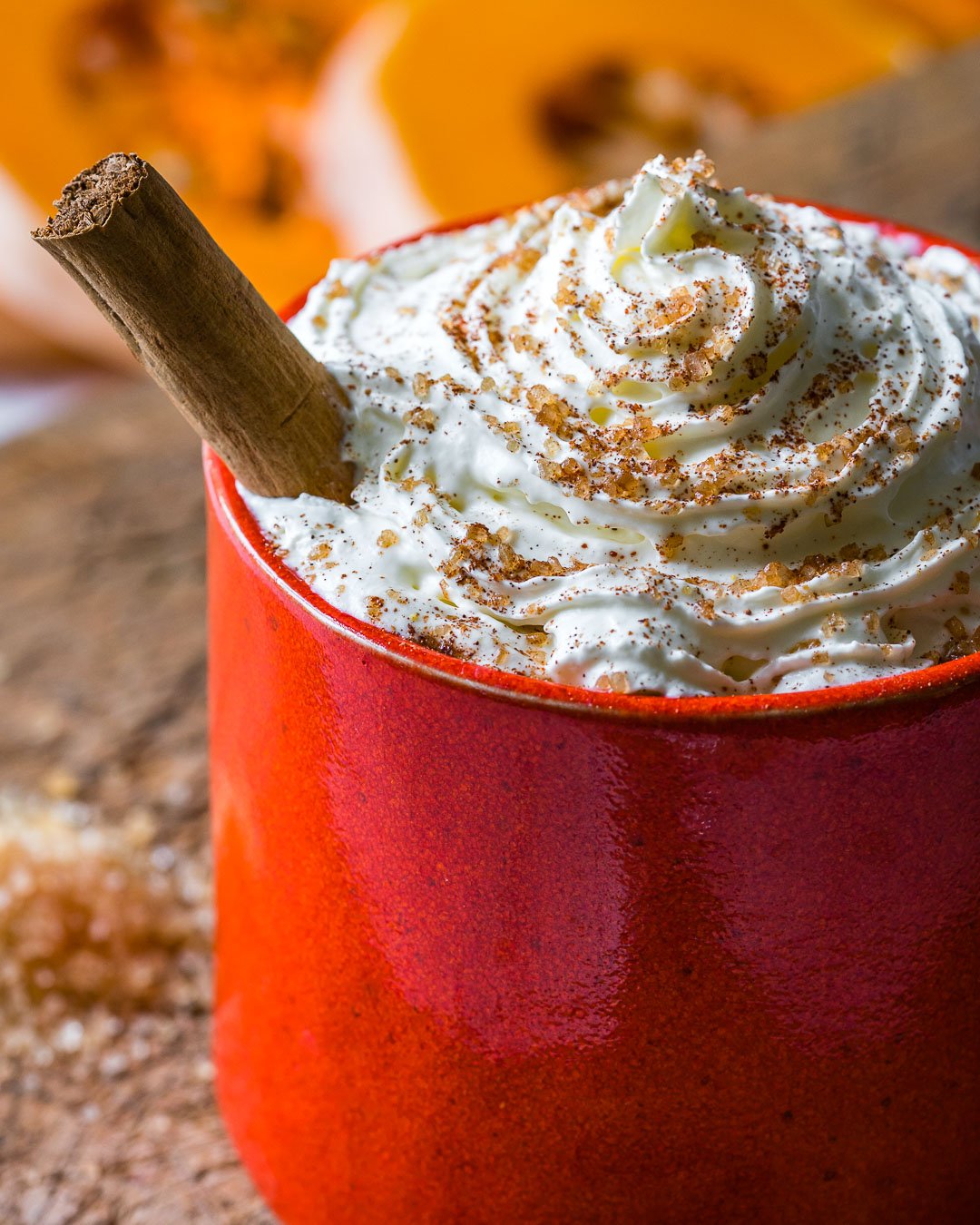 Pumpkin Spice Latte is a coffee (expresso) made with traditional fall spices (cinnamon, nutmeg, and clove), steamed milk and it’s topped with whipped cream and pumpkin pie spice (from Wikipedia)

The drink was developed by Starbucks in January 2003. In the following years, it has exceeded all expectations, becoming their most popular seasonal beverage. More than 200 million lattes were sold between 2003 and 2015.

The best time to have it is in the morning. I usually like it after a delicious breakfast like homemade chocolate granola, or with snacks like banana bread.

More Easy Breakfast Recipes To Go With The PSL: 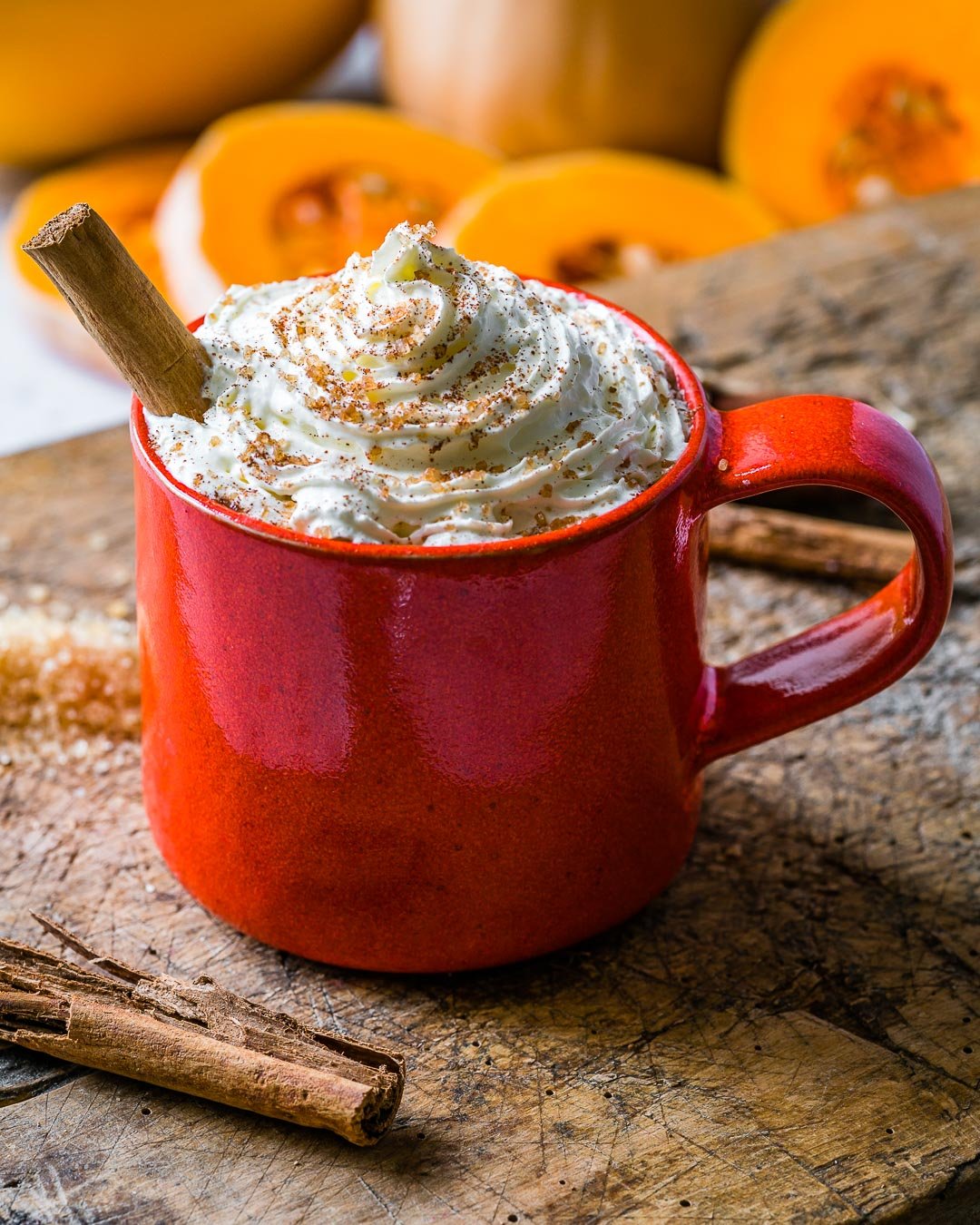 Now that you know a few things about it, it’s time to show you how to make this pumpkin spice latte recipe at home.

Let me know if you like it and if you know some other delicious seasonal drinks that we could make together.

Oh, and don’t forget to Subscribe to my Youtube Channel if you want to see more quick and easy recipes.

How To Make A Pumpkin Spice Latte At Home 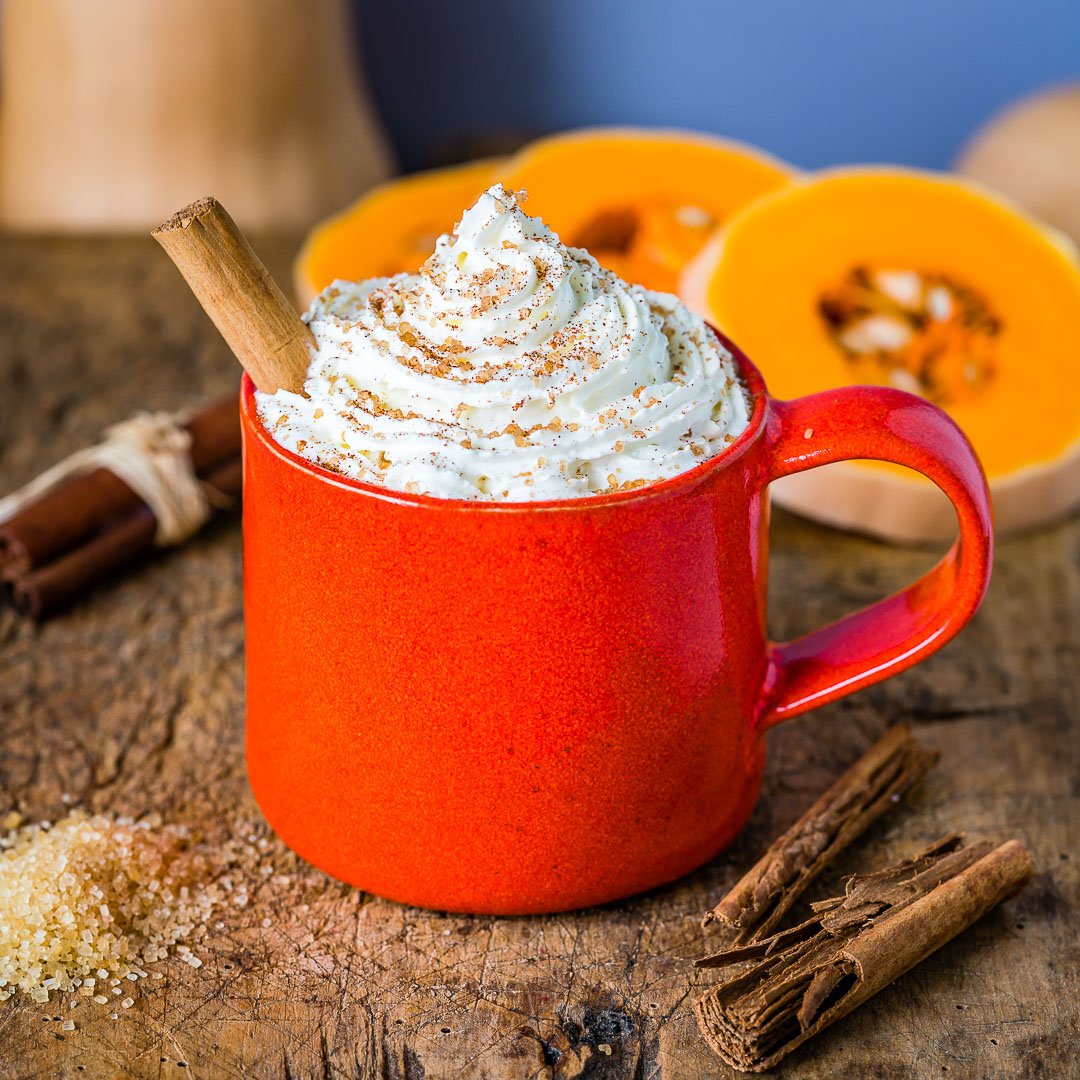 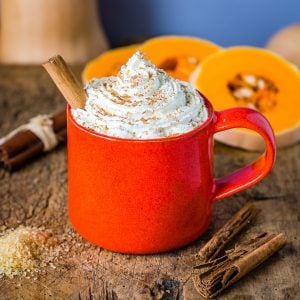 TIPS: You can use store-bought pumkin spice mix. I like using clean ingredients, so I made my own mix, but store-bought is ok too. Use your sweetener of choice (honey, maple syrup, stevia extract or brown sugar) and adjust it to your taste. You can make it vegan by using vegan whipped cream and non-dairy milk. 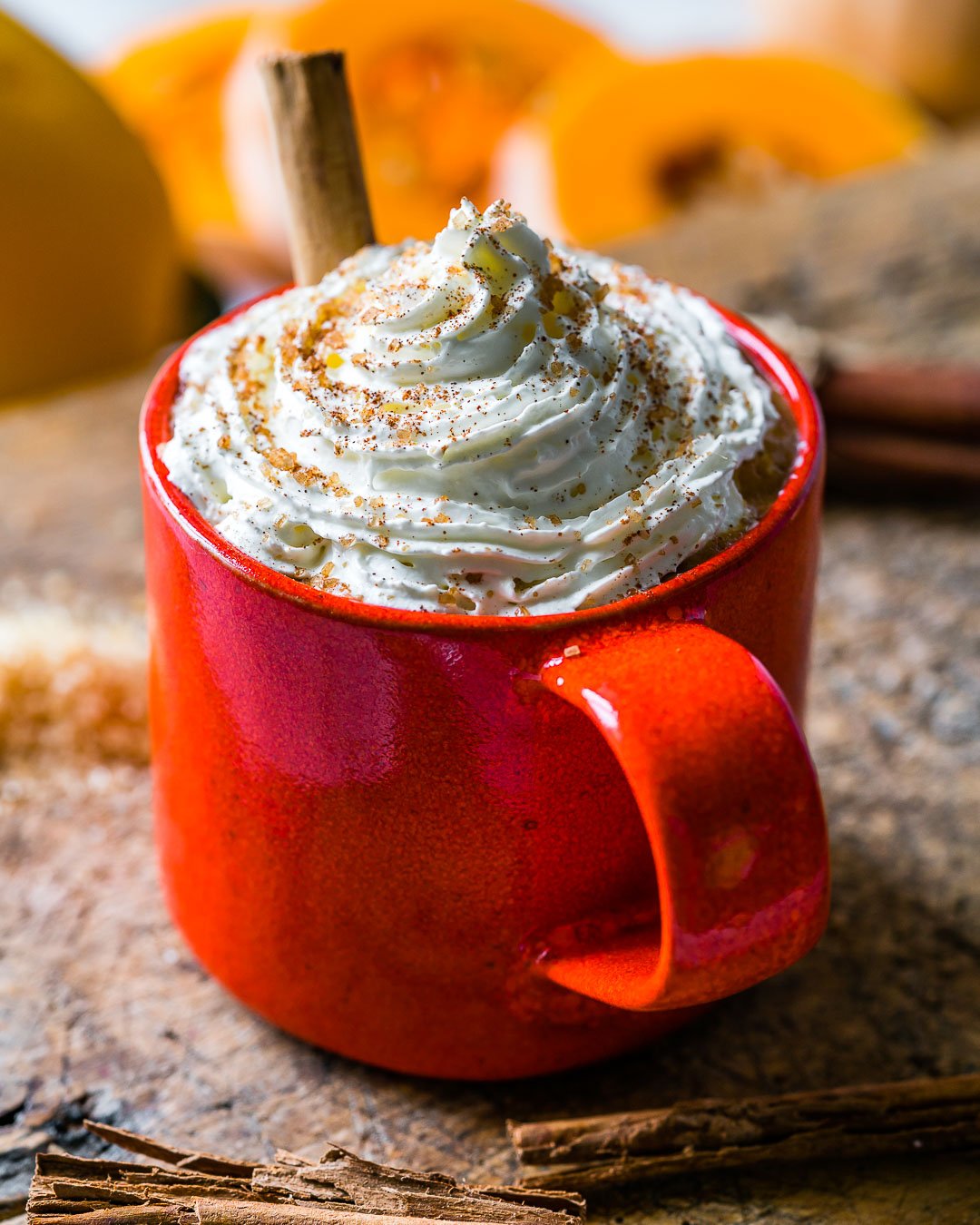