This Keto bacon wrapped shrimp recipe is super easy, you can make it in about 20 minutes, and it yields some of the best appetizers ever. Furthermore, it’s also Paleo and Whole30. 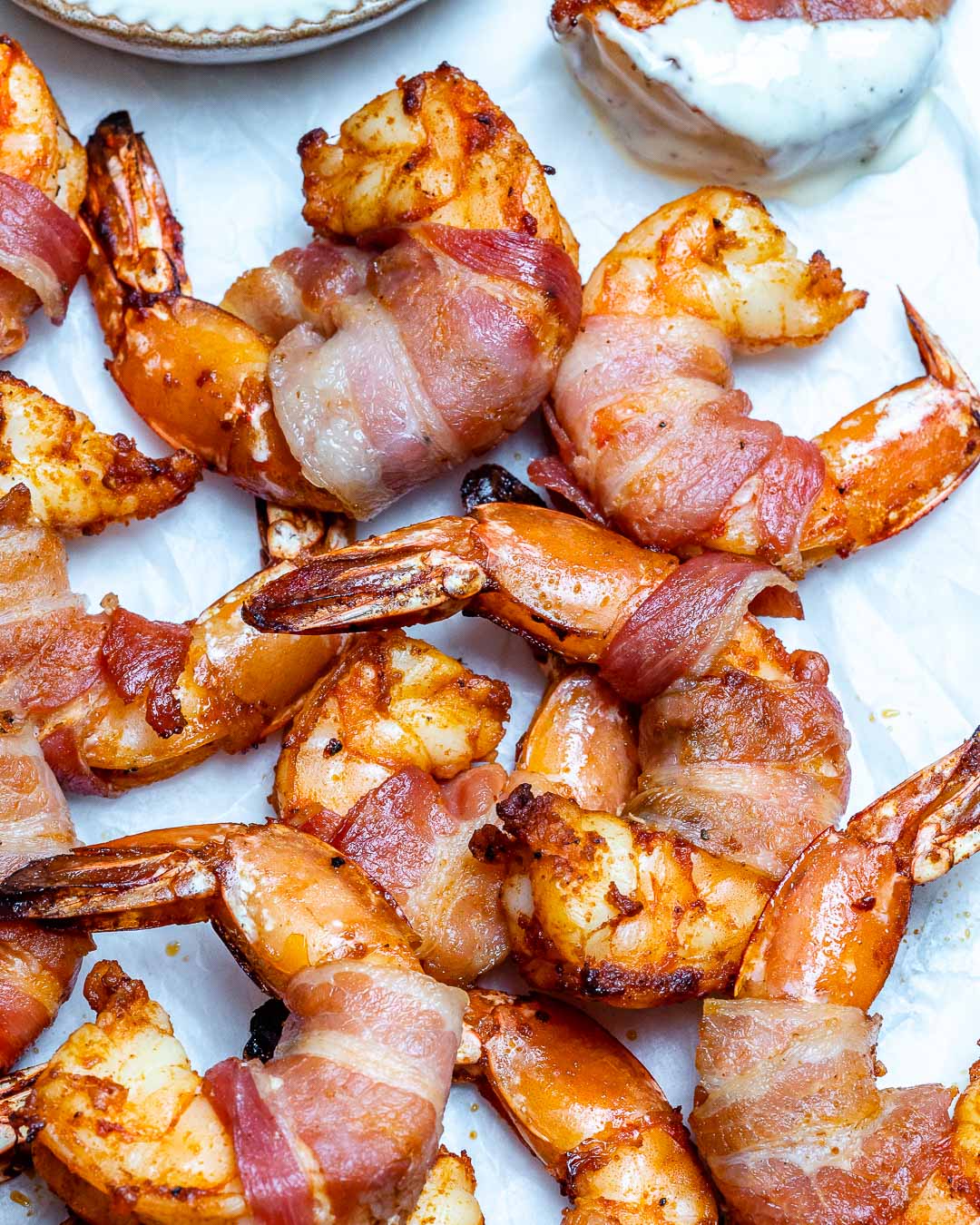 Today’s delish is a super easy bacon wrapped shrimp recipe which takes roughly 20 minutes to make. Furthermore, it’s Keto, so if you’re on a low-carb diet then this is perfect for you.

This easy bacon wrapped shrimp recipe is also Paleo and Whole30 because I made it with sugar-free and additive-free bacon.

If you want to make it Paleo and Whole30 as well, take a close look at the ingredients list when getting your bacon. It should contain just pork, salt and maybe some seasonings; nothing else! No nitrates, MSG or any other unapproved additives. 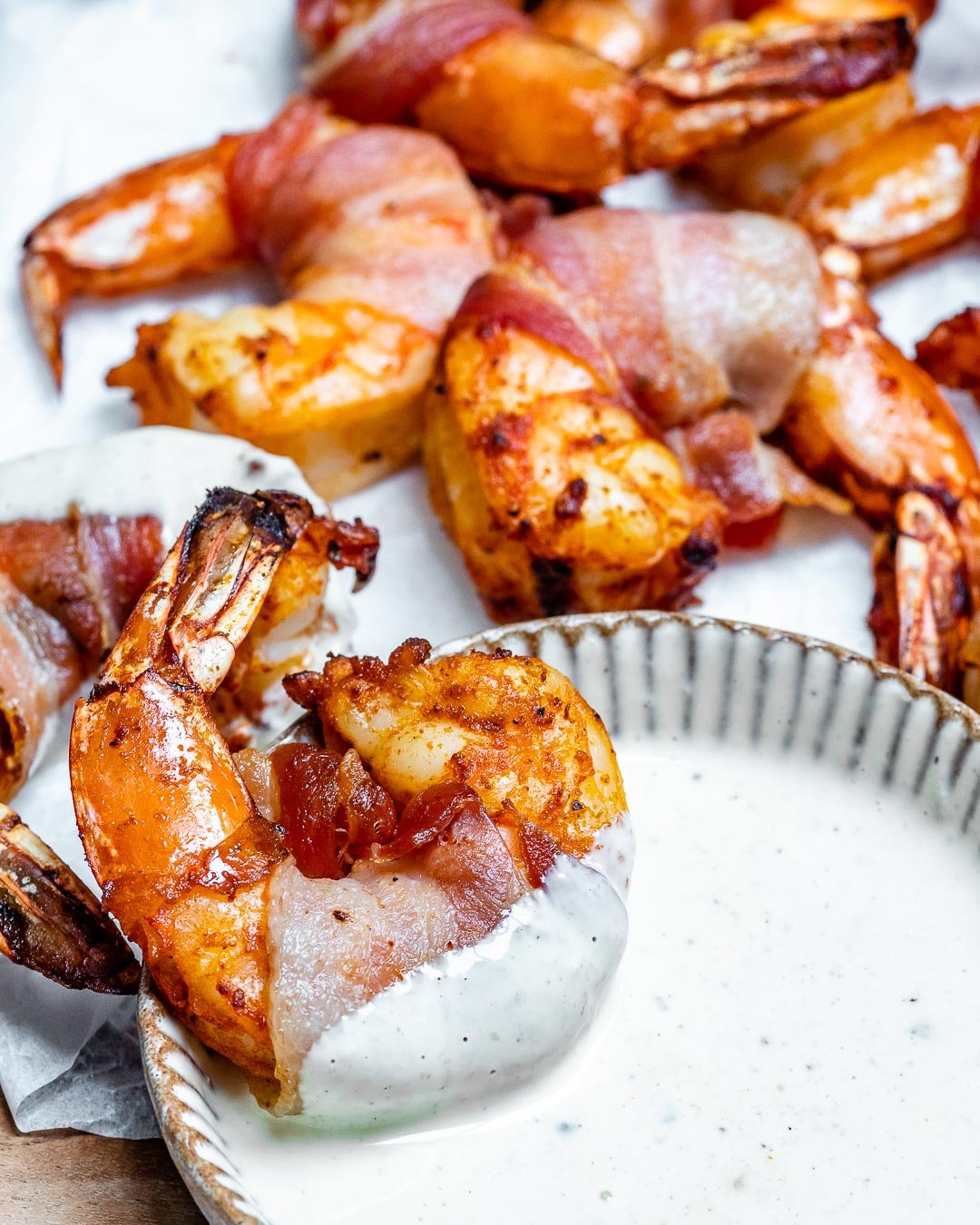 And keep in mind that sugar is an important ingredient in bacon’s curing process so it’s actually very common to find it in most store-bought bacon.

Now, apart from being a great diet recipe, these Keto bacon wrapped shrimps are also some of the best party appetizers. They’re easy to make, in the oven or on the grill, and everybody loves them.

Moreover, you can also serve them as a main if you pair them with other foods, and I’ll give you some delicious recommendations in the Tips & Tricks below.

I know you’re probably craving right now so I’ll keep the Tips & Tricks as brief as possible. But don’t skip them if you want to make the best bacon wrapped shrimp recipe. 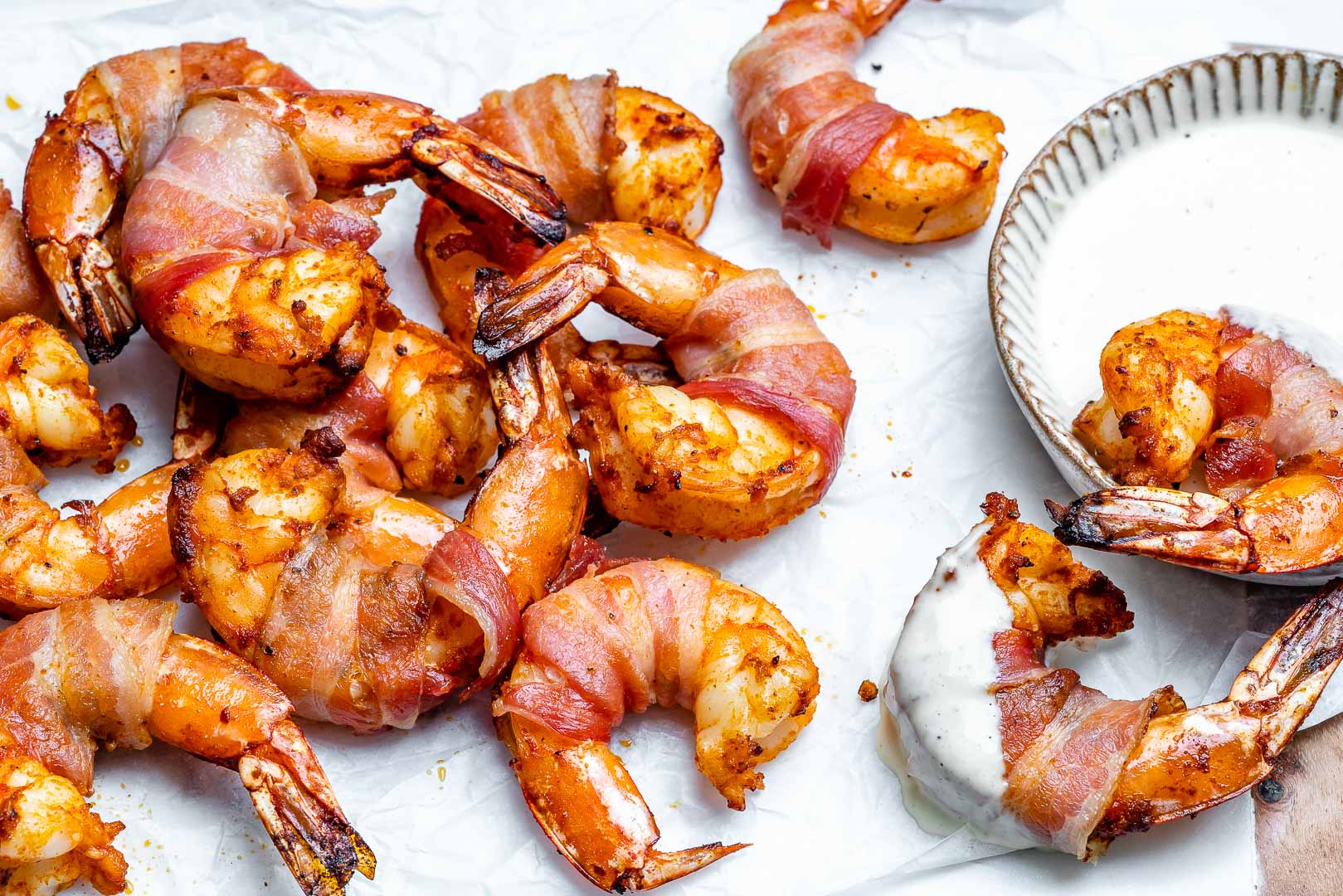 1. What is the best way to cook bacon wrapped shrimp

There are 3 ways to cook this bacon shrimp recipe:

Out of these three, I consider the oven method the best because it’s the easiest. I mean, who wants to spend too much time in the kitchen if it’s not necessary, right?

All you have to do is put the ingredients in a tray and let it cook in the oven. And this is exactly how I cooked this bacon shrimp recipe today so I won’t go into it because you can see it in the recipe and video below.

Making bacon wrapped shrimp on the grill is not as easy as in the oven, but definitely not difficult either.

The recipe is pretty much the same, except that after wrapping the shrimp in bacon you would have to cook them on a grill rather than in the oven.

It’s worth noting here that if you want to make them on an outdoor grill, it’s best to make bacon wrapped shrimp skewers. Otherwise, they might fall through the grill’s gaps. 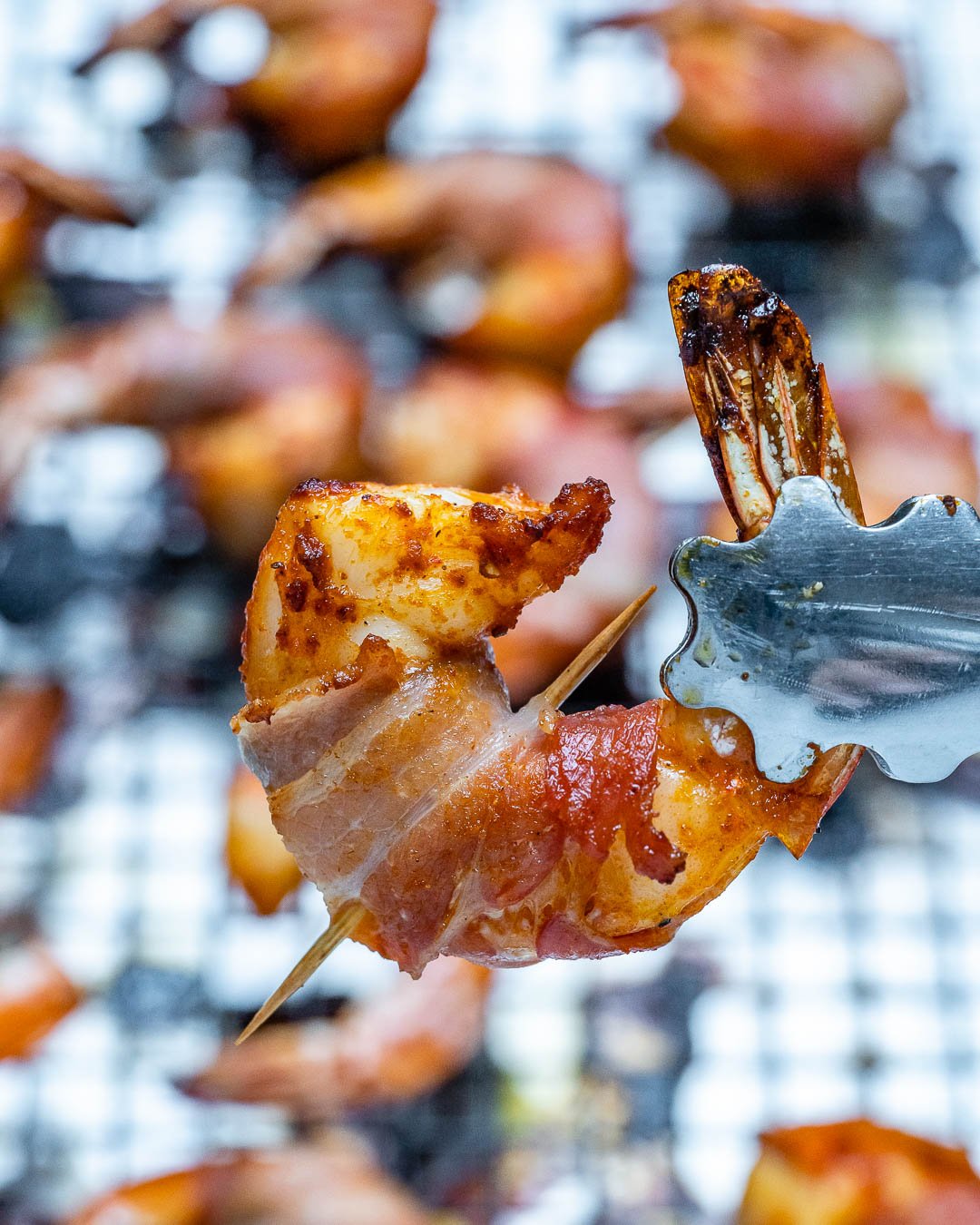 So after covering the shrimps in bacon, stick a bamboo skewer into the shrimp (lengthwise) and grill them.

Of course, you can also make bacon wrapped shrimp skewers in the oven if you want to. The recipe would be the same except that you’d have to thread them on a bamboo skewer, as explained above.

The third method of cooking this bacon shrimp recipe is on the stovetop. You’d have to follow the recipe until wrapping the shrimps in bacon and then cook them in a non-stick pan over medium heat until the bacon gets crispy and the shrimp turns pink and opaque, about 3-4 minutes on each side.

2. How to prepare the bacon

Bacon slices should be really thin cut to cook at the same time as the shrimp. If you can’t find very thin slices, normal ones will do but you’ll have to precook them first, and here’s how:

Place the bacon strips on a wire rack or tray and roast until they start shrinking, about 8 minutes. Make sure you don’t overcook or make them crispy. The bacon slices should still be flexible enough to wrap around the shrimp.

Then let it cool, wrap the slices around the shrimp and proceed with cooking in the oven.

3. Which ingredients can be replaced in this easy bacon wrapped shrimp recipe 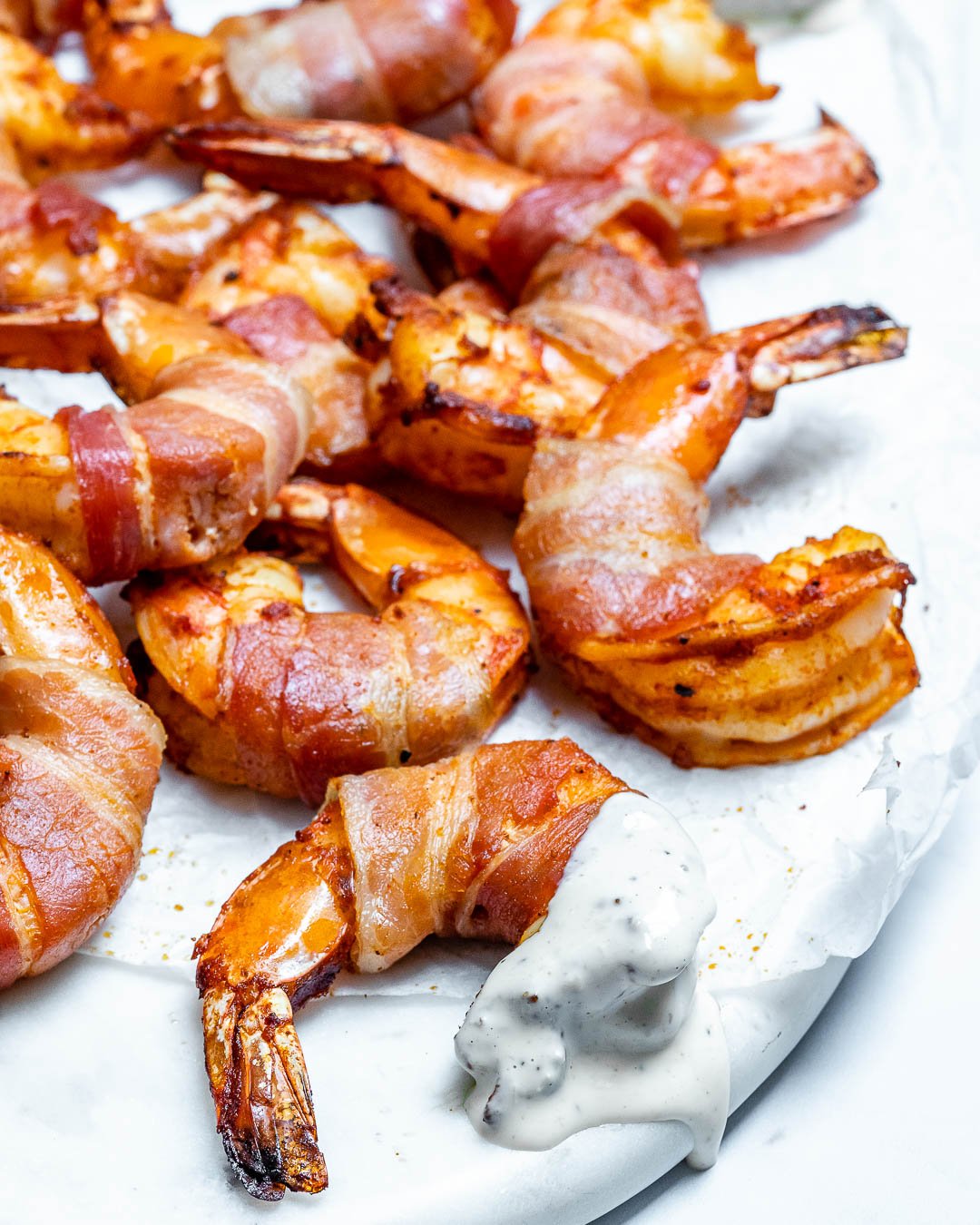 This recipe is so simple that the only ingredients you can change are the seasonings. You can use your favorites, or remove them completely and just season the shrimp with salt and pepper.

Well, you could also replace the shrimp with chicken but the recipe would be somewhat different. In this case, I would suggest you take a look at this bacon wrapped chicken roll ups recipe.

4. What to serve with Keto bacon wrapped shrimp 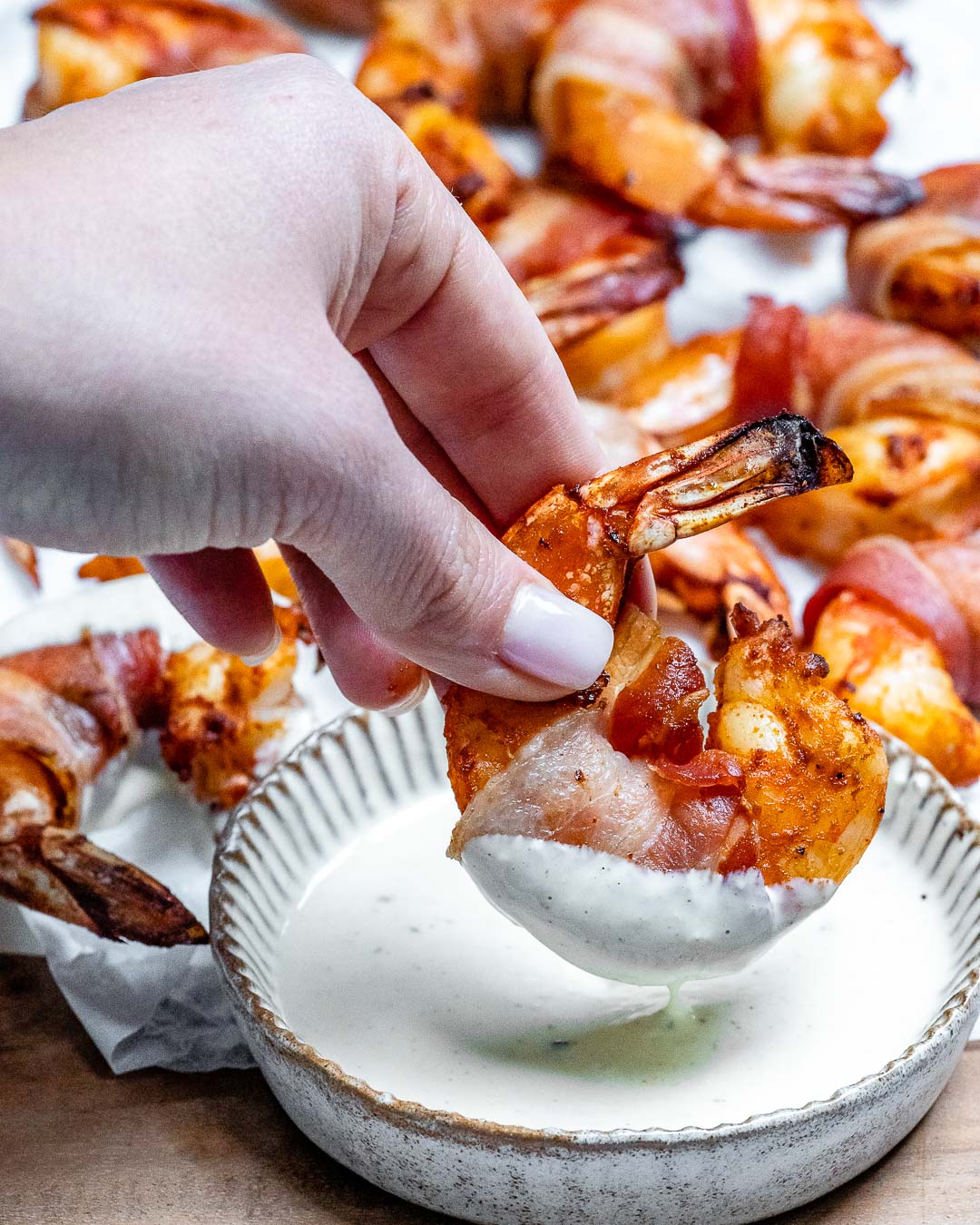 These Keto bacon wrapped shrimps are perfect as appetizers but you can also serve them as a main. Of course, you would have to pair them with other foods and here are some great ideas:

Furthermore, they are great with many sauces, from the popular Heinz ketchup that you can find in any grocery store to homemade sweet chili.

Keep in mind that many store-bought sauces contain sugar and other ingredients that are not Keto compliant.

So if you want to make it Keto, it’s best to make your own sauce. And to help you with that, I’ve included a super easy Keto white sauce in the recipe below. 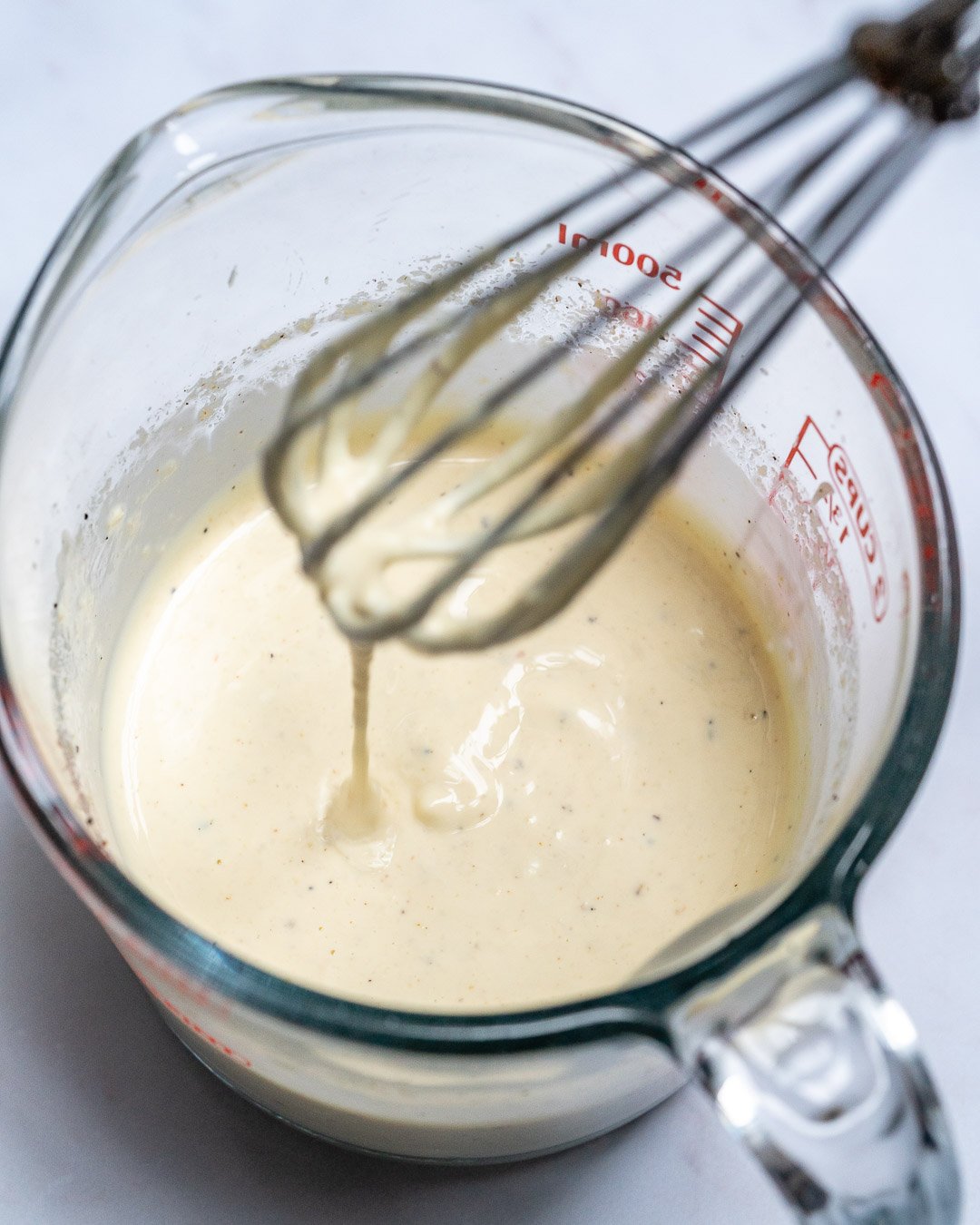 That’s it for today, my dear foodies. It’s now time to show you the bacon shrimp recipe and start cooking. 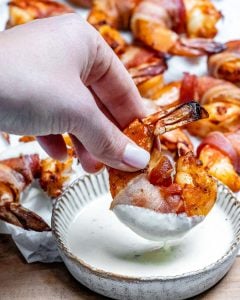 Please read the Tips & Tricks in the article before making this easy bacon wrapped shrimp recipe. Below is just a summary: