These pumpkin chocolate brownies are one of the best desserts you could serve for the upcoming holidays. They’re vegan, paleo, gluten-free and best of all… super delish. Oh, and they take just 10 minutes to prep and about 30 to bake. Pretty good for such a dessert, isn’t it? 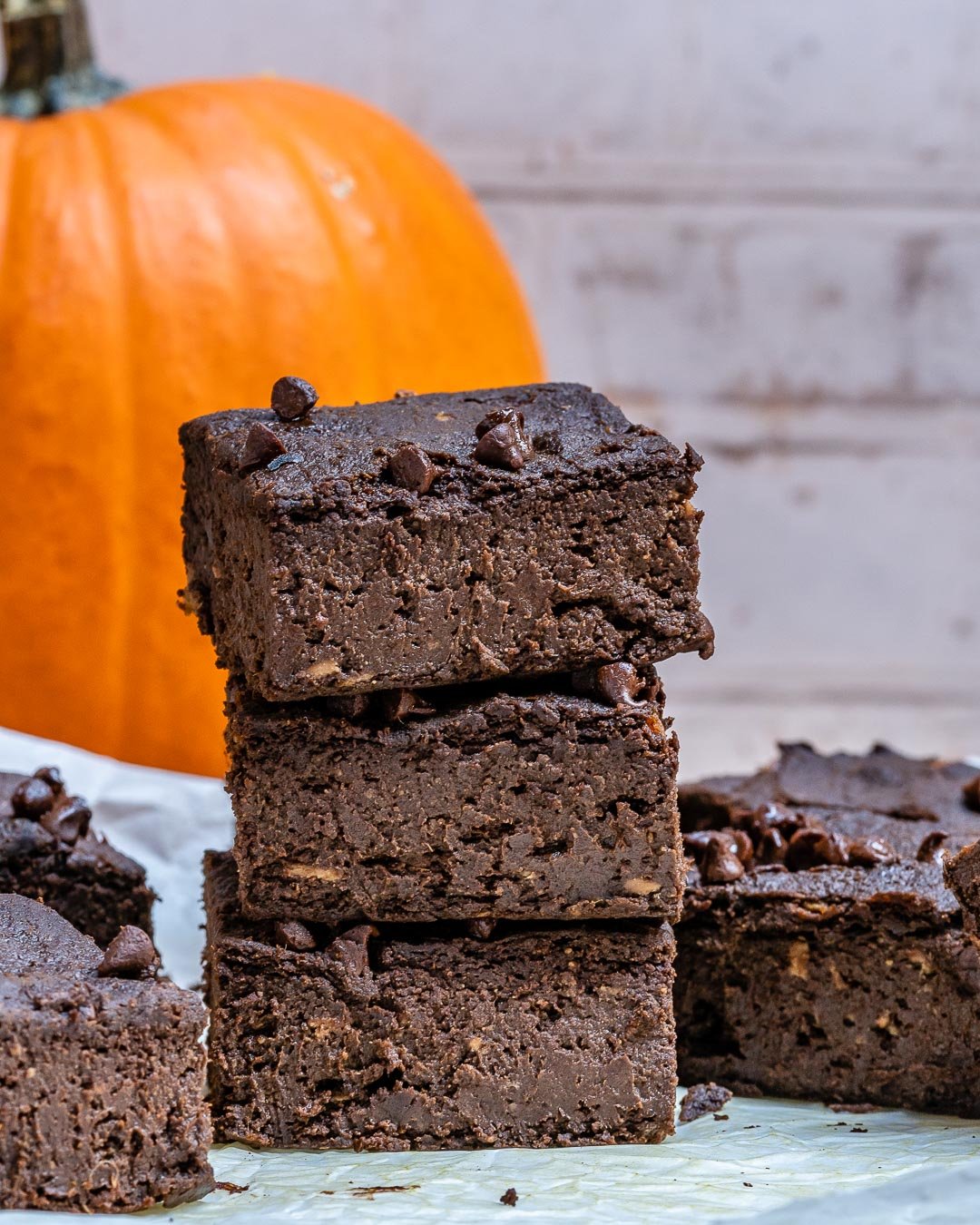 Since it’s Thanksgiving and I am in such a holiday mood (oh, I can’t wait to do the Christmas tree) I have prepared for you a super delicious and easy pumpkin chocolate brownies recipe.

And I am sure the seasonal ingredients sound incredibly delicious and appealing but what’s even better is that this recipe is also healthy because it’s vegan, paleo and gluten-free. 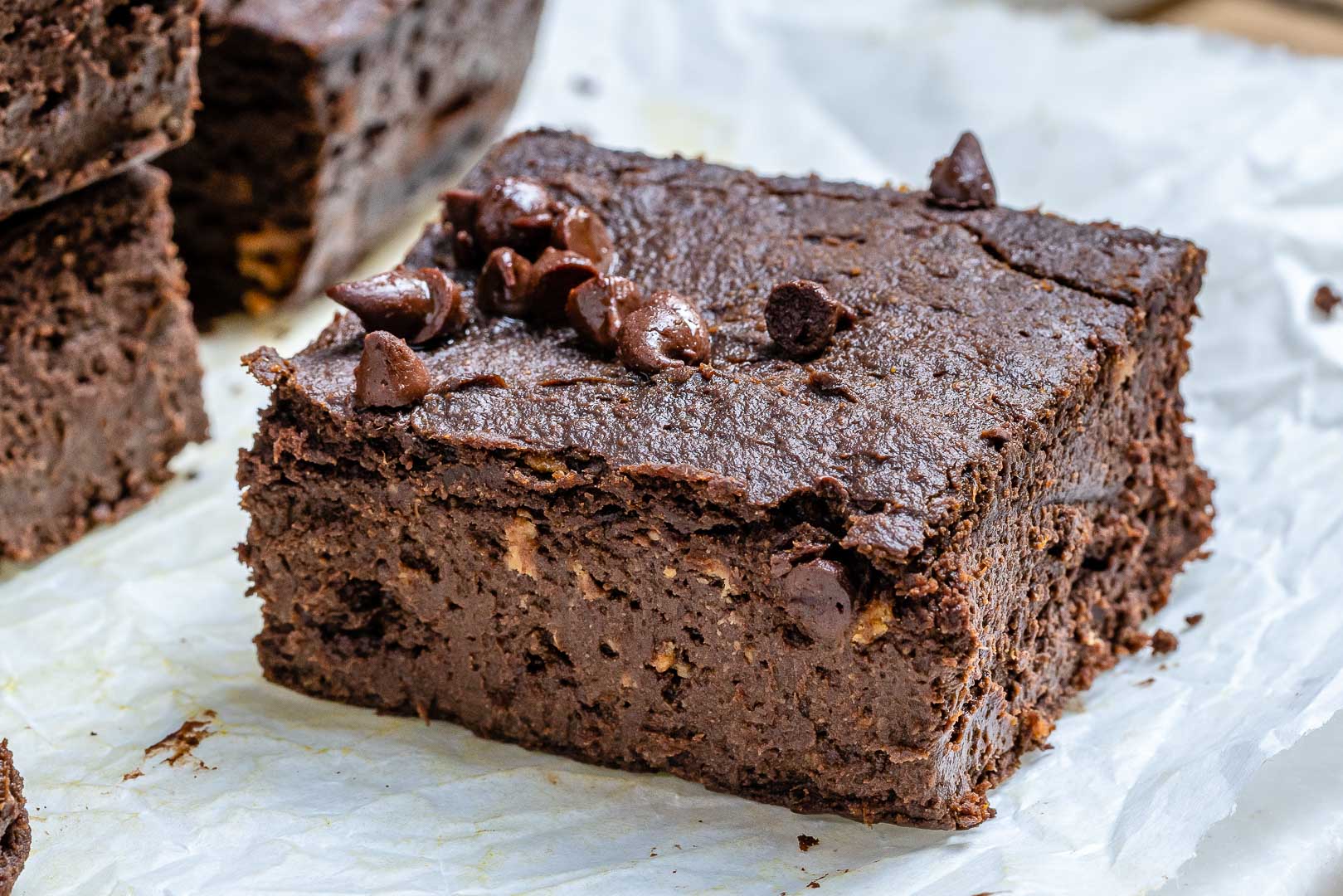 Now you might be tempted to say that chocolate is not vegan but I made these easy homemade brownies with cocoa powder, without eggs and vegan chocolate chips. Furthermore, you can even remove the chocolate chips if you want to, as they’re only used as toppings. So no worries here, I’ve got it all covered.

Oh, and these Vegan gluten free brownies are super fudgy too. Can’t ignore that, can we? 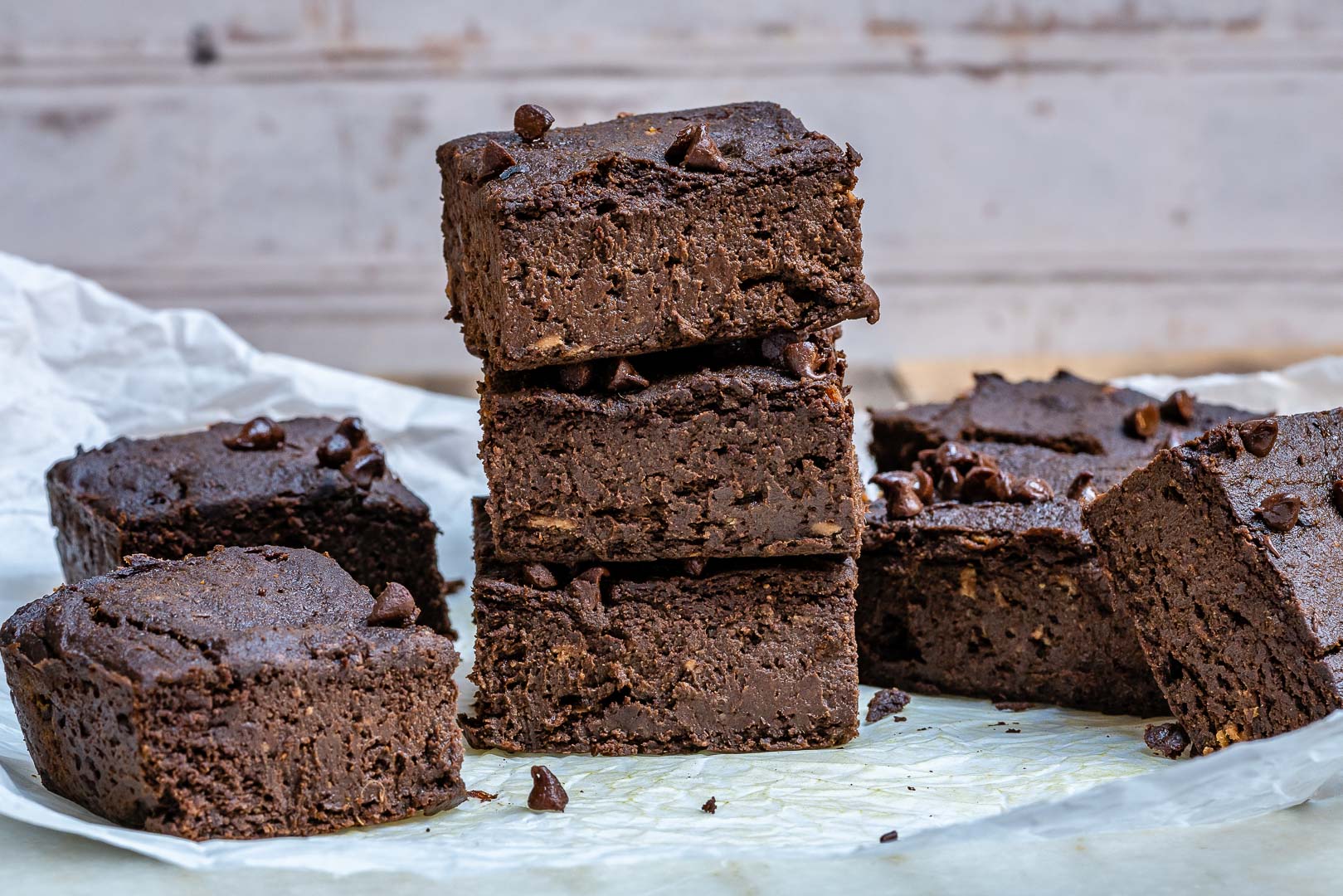 What can I say, I may be bragging a little bit (maybe more) but really, these are some of the best homemade brownies ever. Perhaps it’s because I’m such a chocoholic, who knows.

But of course, don’t just take my word for it, you gotta try them yourselves.

And if you really want to make the best out of this recipe you have to read my super useful tips and tricks before making this Paleo pumpkin brownies recipe.

So let’s see what they’re all about, shall we?! 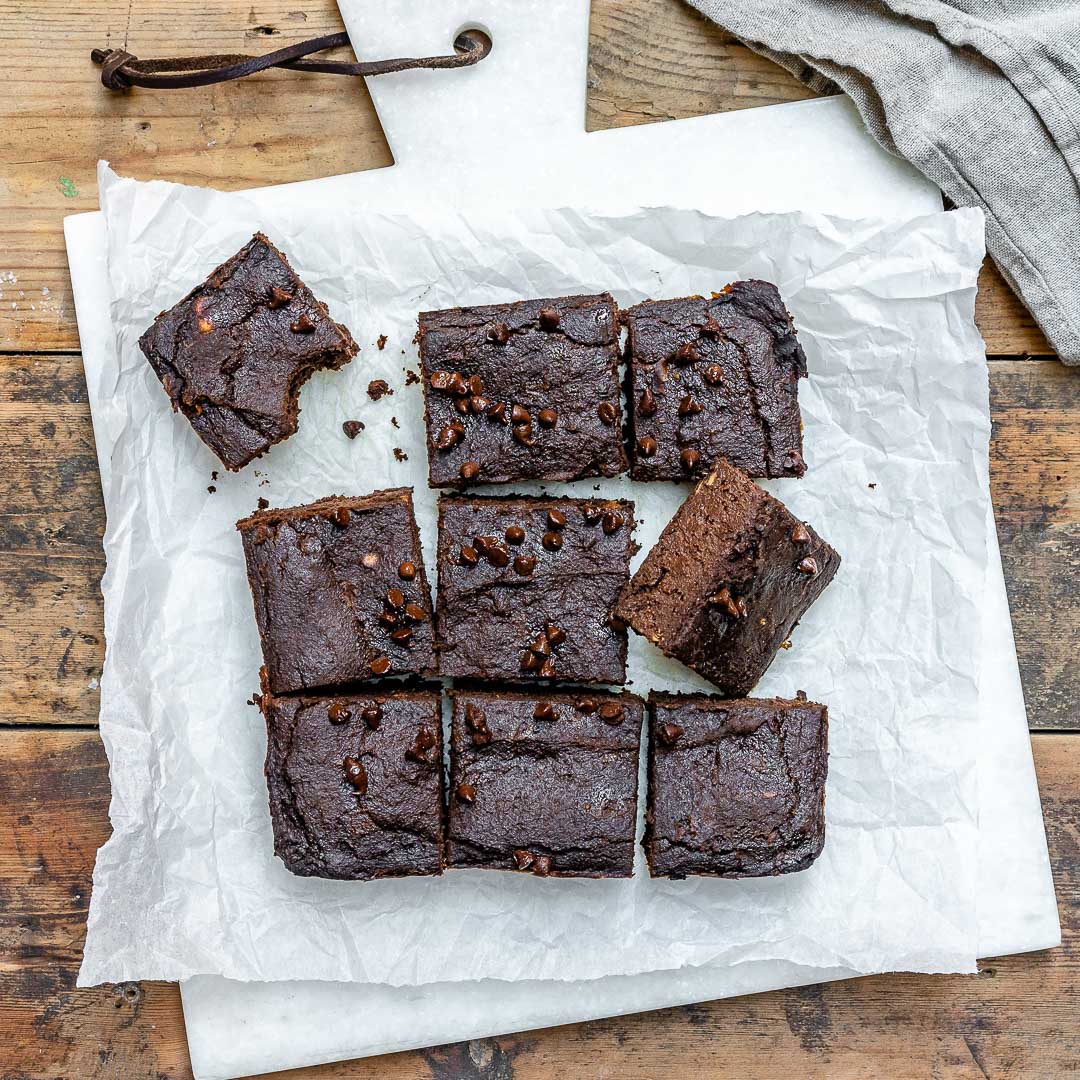 You can make these vegan gluten free brownies with cocoa powder, either natural* or Dutch-processed*. I know some may argue that Dutch-processed is not exactly Paleo but I couldn’t find any evidence-based arguments against it.

However, you would still need to read carefully the ingredients list, as some may contain sweeteners, colorings, preservatives or even gluten and dairy. And we all know that these are big No-Nos under any healthy diet.

So as long as it’s made of raw cacao beans and it’s just Dutch-processed (alkalized) it’s good for Paleo. 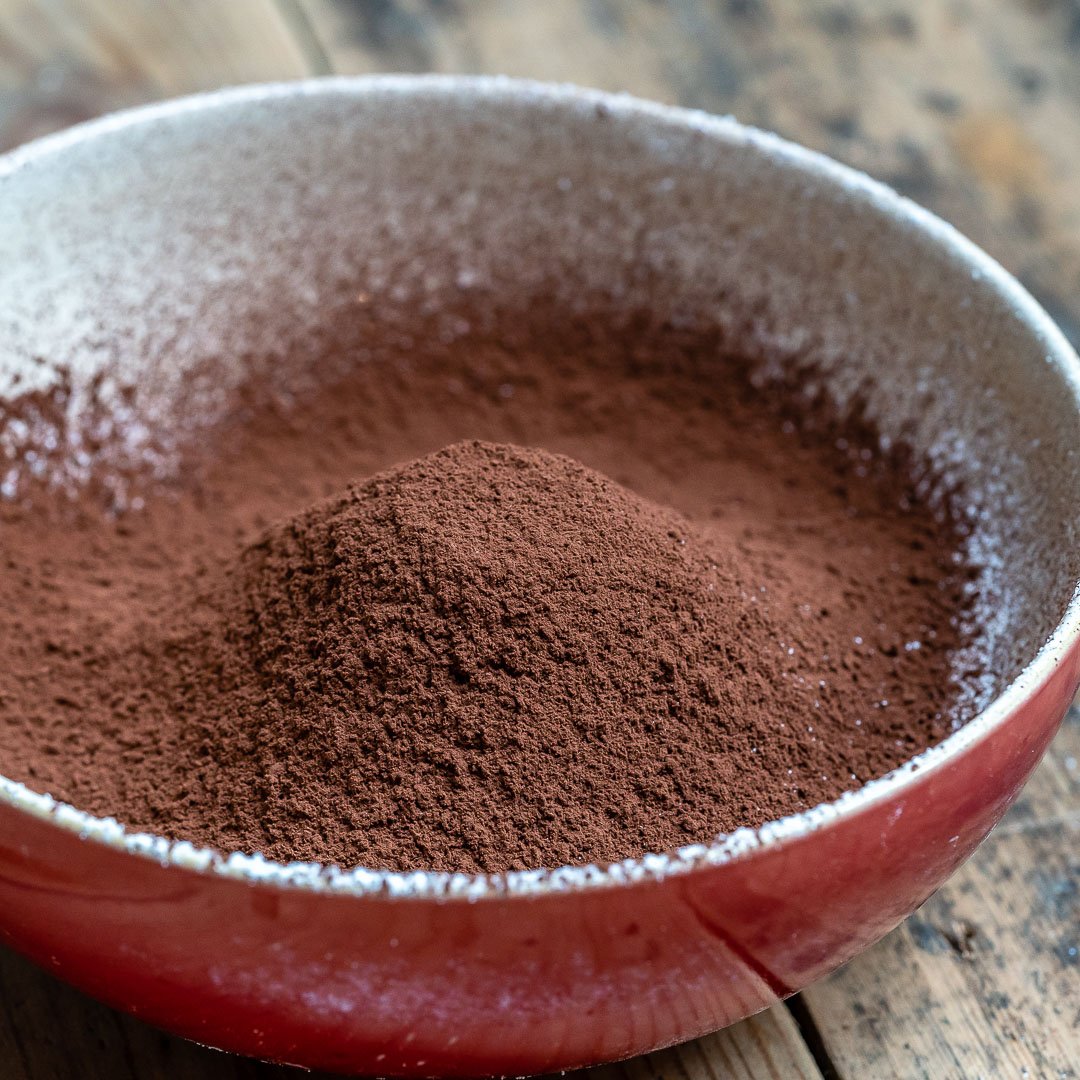 Now, even though it may not contain as many antioxidants as natural cocoa powder, I love cooking with Dutch-processed due to its mild yet rich flavor and low acidity.

And it is actually recommended for homemade chocolate fudge brownies because most people prefer that rather than the strong bitter flavor of natural cocoa powder.

But of course, it all comes down to your taste. Check out Dutch-process vs Natural Cocoa Powder to decide which one’s your favorite. 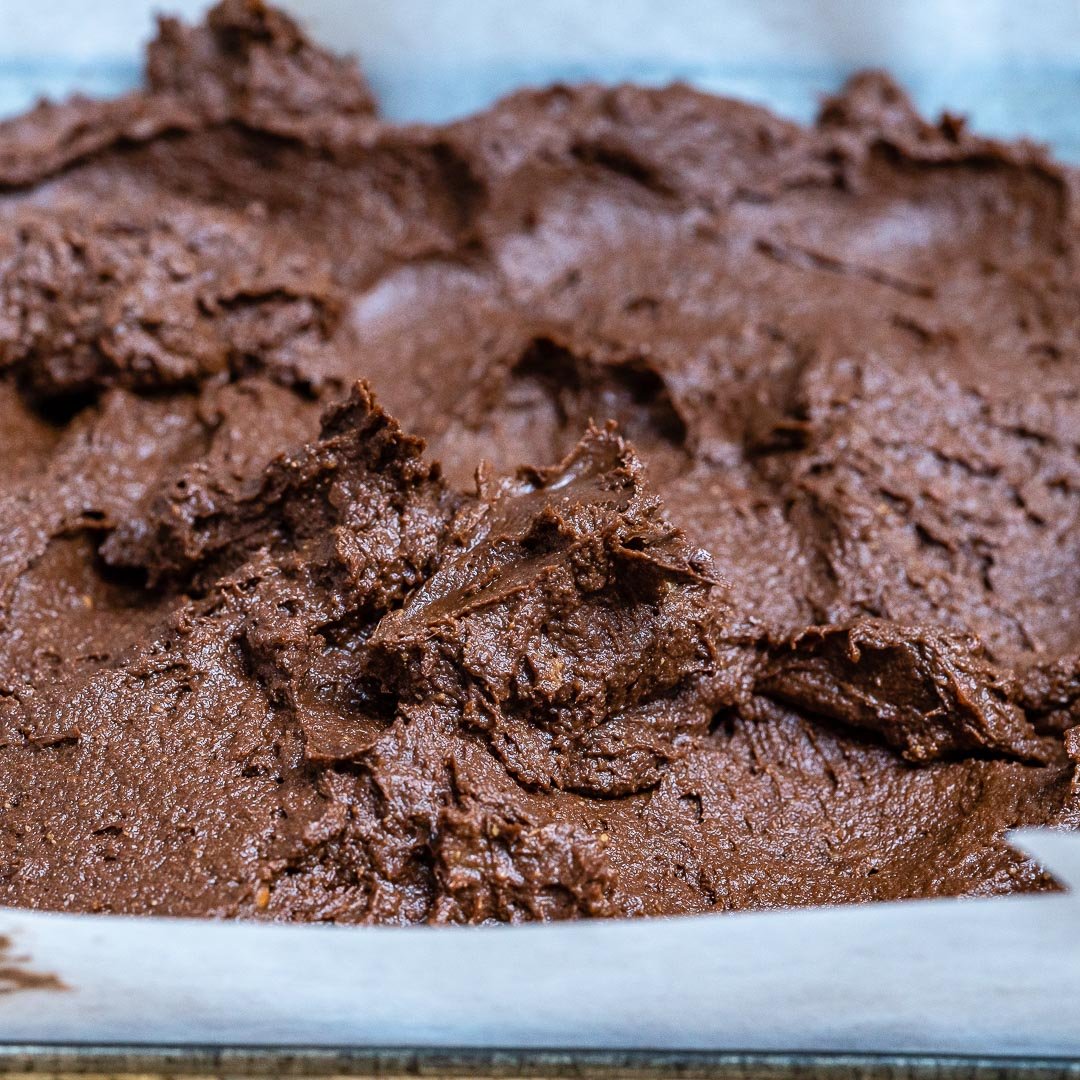 While this may be true for some recipes, it doesn’t apply to this vegan pumpkin brownies recipe. I’ve tried it with both, Natural and Dutch-process, and my homemade brownies came out fudgy and super delish every time.

Now let’s move on to the next tip on my list. 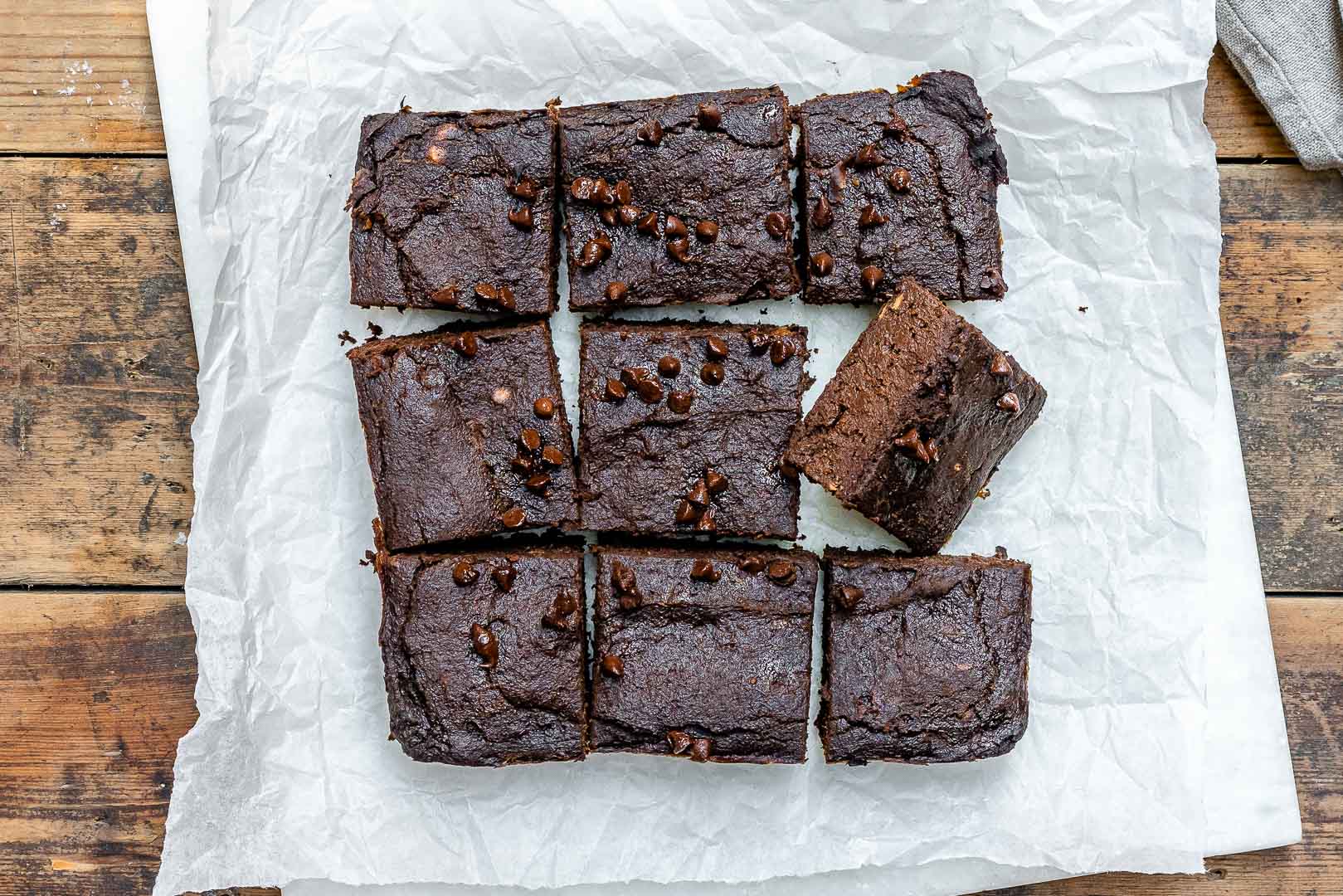 2. How to cook your own pumpkin puree

I made these vegan gluten free brownies with canned pumpkin puree as I didn’t have much time and needed to get it done quickly.

But I know that there are many foodies who love to make their own pumpkin puree, and not just for brownies, so here’s the step by step process:

Bear in mind that making your own pumpkin puree will add up about 45 minutes to the preparation time of the Paleo pumpkin brownies recipe.

Now let’s see which ingredients can be replaced in this homemade chocolate fudge brownies recipe.

3. Which ingredients can be replaced in this easy homemade brownies recipe 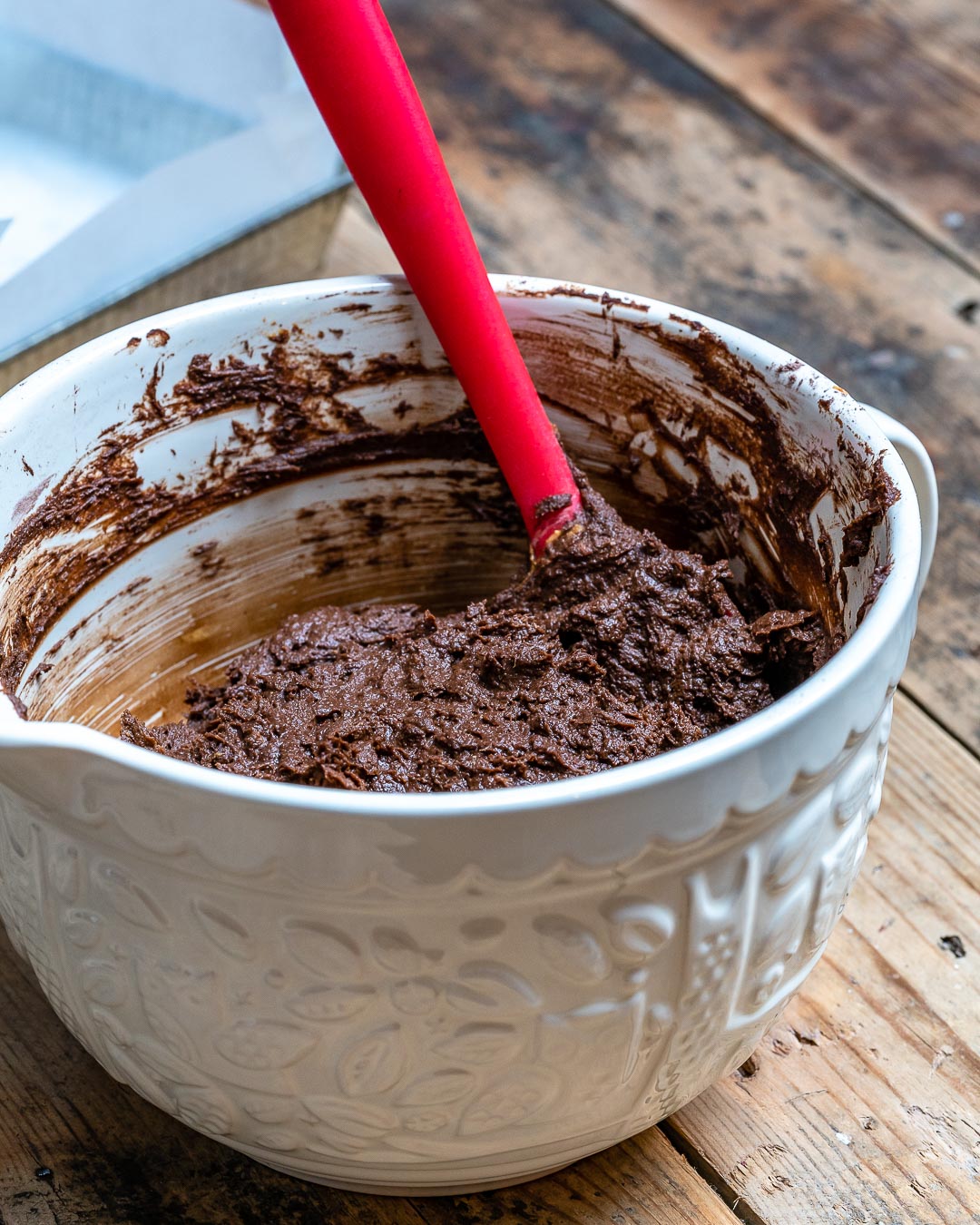 As mentioned above, you can make it with either Natural or Dutch-processed cocoa powder. I do prefer the second but it all comes down to your taste and what’s easily available.

Next, you can sub the pumpkin puree with sweet potato puree and instead of cashew butter, you can use any nut butter of choice. But note that only almond and cashew butter are Paleo approved.

Furthermore, you can use honey instead of maple syrup but it won’t be vegan anymore. 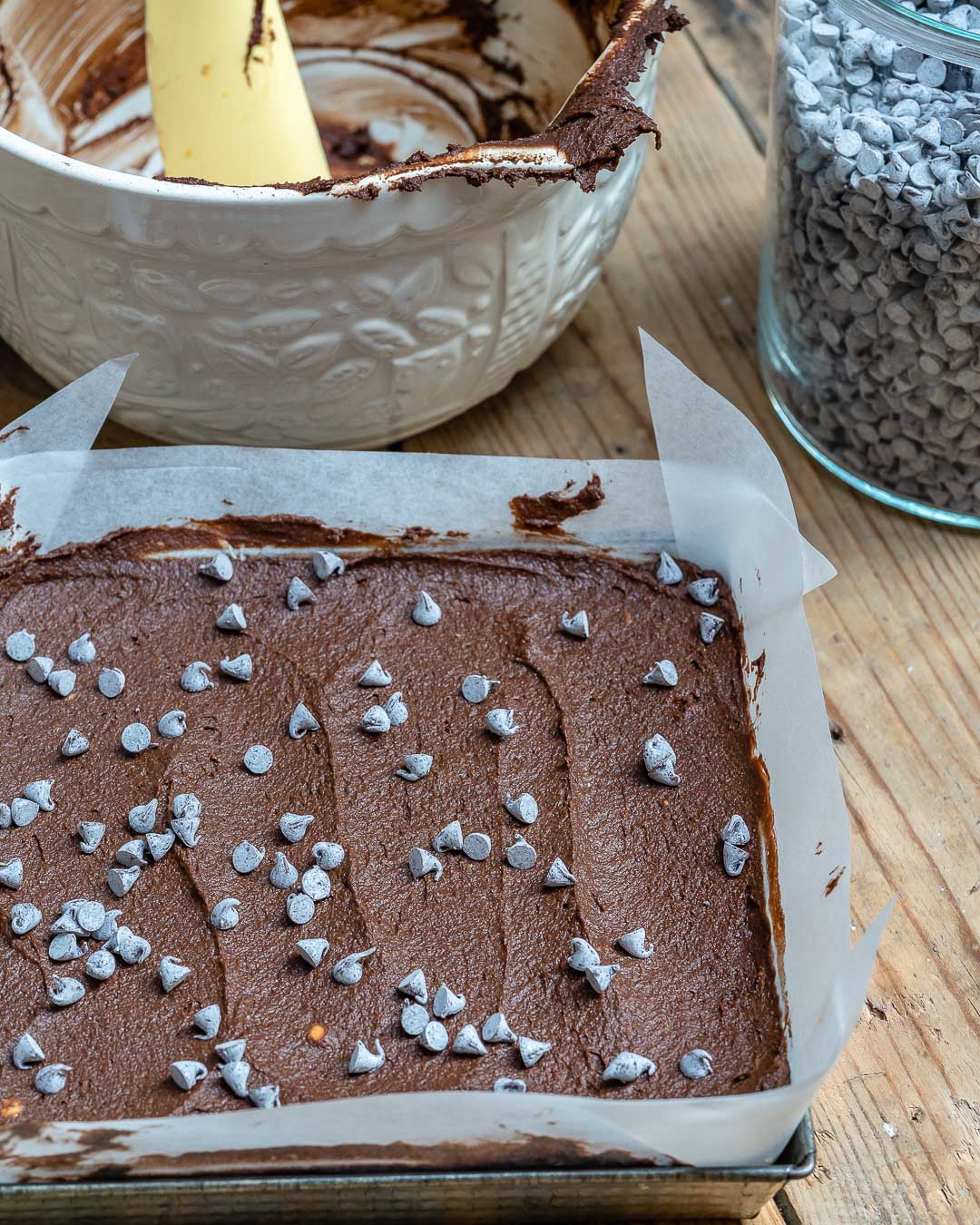 I made these vegan gluten free brownies without chocolate chips on the inside and just sprinkled some as toppings. But you can surely add some into the brownie mixture, especially if you’re a chocoholic like yours truly. Just make sure you use vegan sugar-free chocolate chips to stick with the diet.

Now let’s see how to make the pumpkin chocolate brownies fudgy and gooey.

4. How to make Paleo pumpkin brownies fudgy and gooey 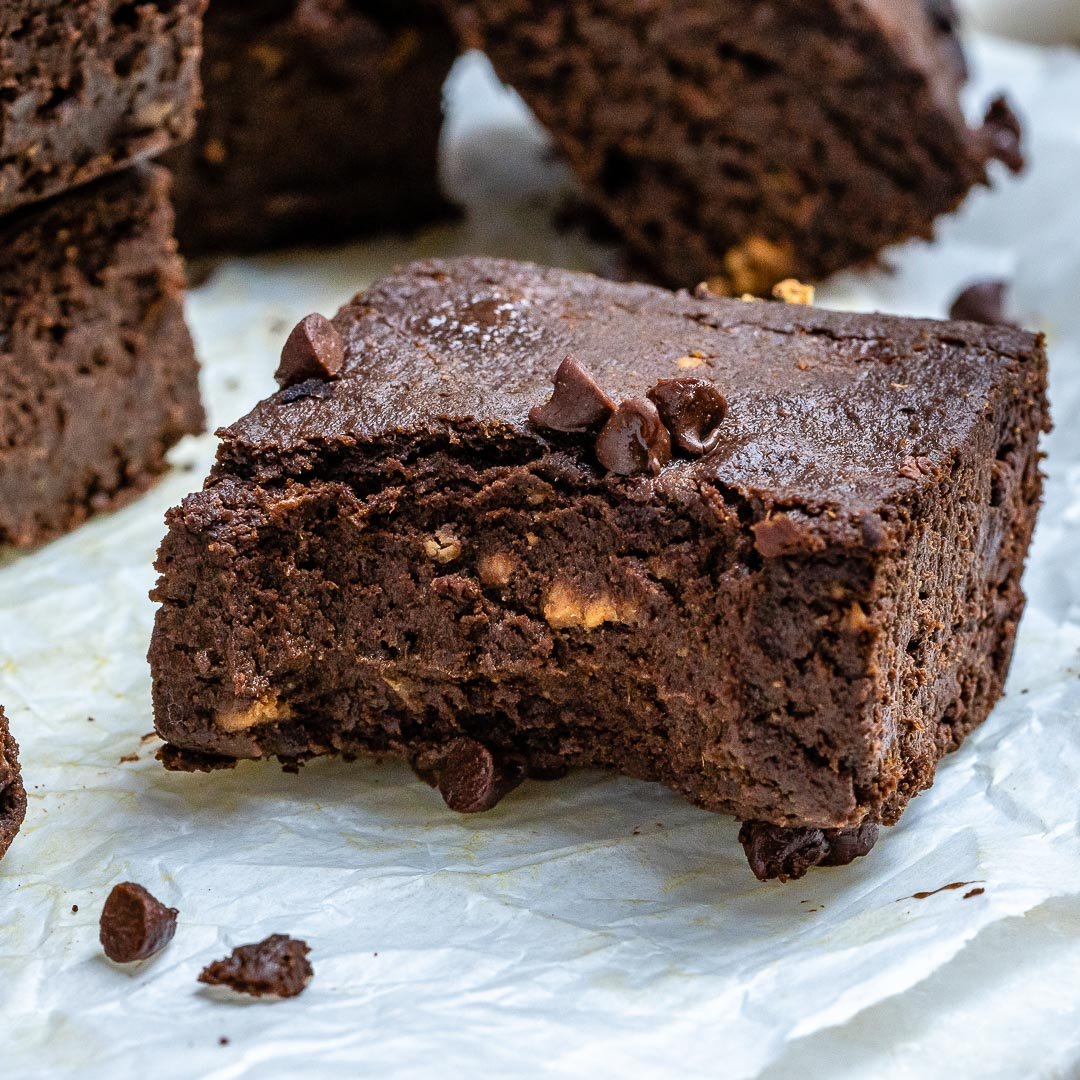 First, you have to decide how you like your homemade brownies: fudgy, or gooey? Because trust me, making both at the same time is not an easy task (though not impossible).

So if you want them gooey, you have to let them reach room temp after cooking and eat them right away.

But if you like your pumpkin brownies fudgy, then you have to refrigerate them for 1-2 hours after reaching room temperature. This is very important because I made these vegan gluten free brownies without eggs, which are usually essential for getting the fudgy texture. 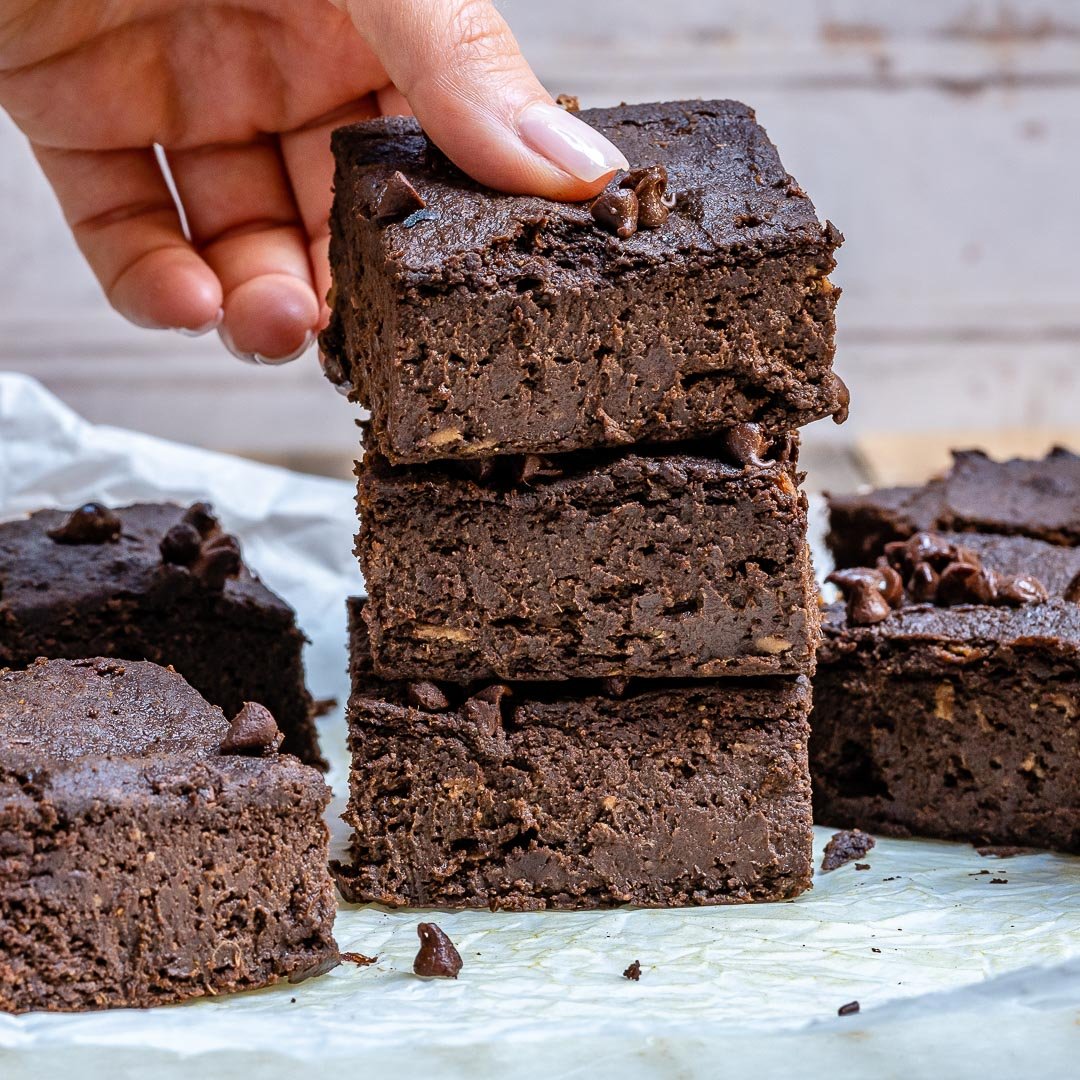 That’s all for today, my dear foodies. I am now done with the theory and ready to show you how to make pumpkin chocolate brownies with cocoa powder and without eggs. 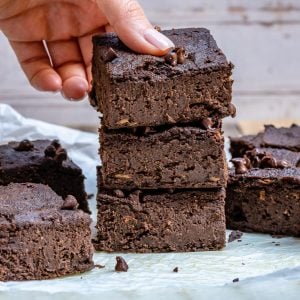 Please read the Tips & Tricks in the article before making this vegan gluten free brownies recipe. Below is just a summary: