This easy veggie burger recipe is vegan, super healthy and best of all, crazy delish. 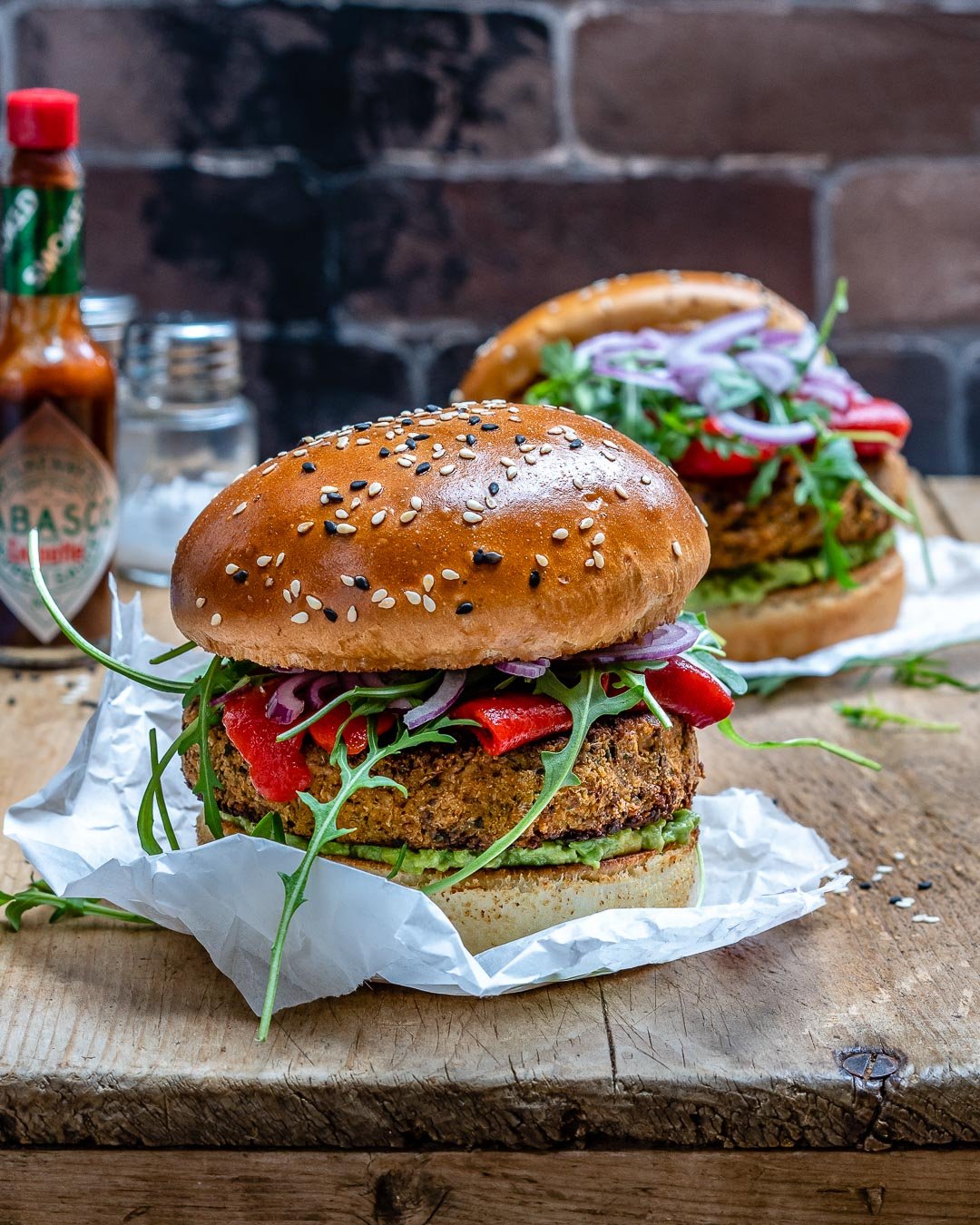 Today I will show you how to make veggie burgers from scratch. And yes, that includes making your own vegan burger patties.

I know you might be tempted to say that buying ready-made vegan burger patties is easier so what would be the point of making them at home? But are they also healthy and do we have any control over the ingredients? 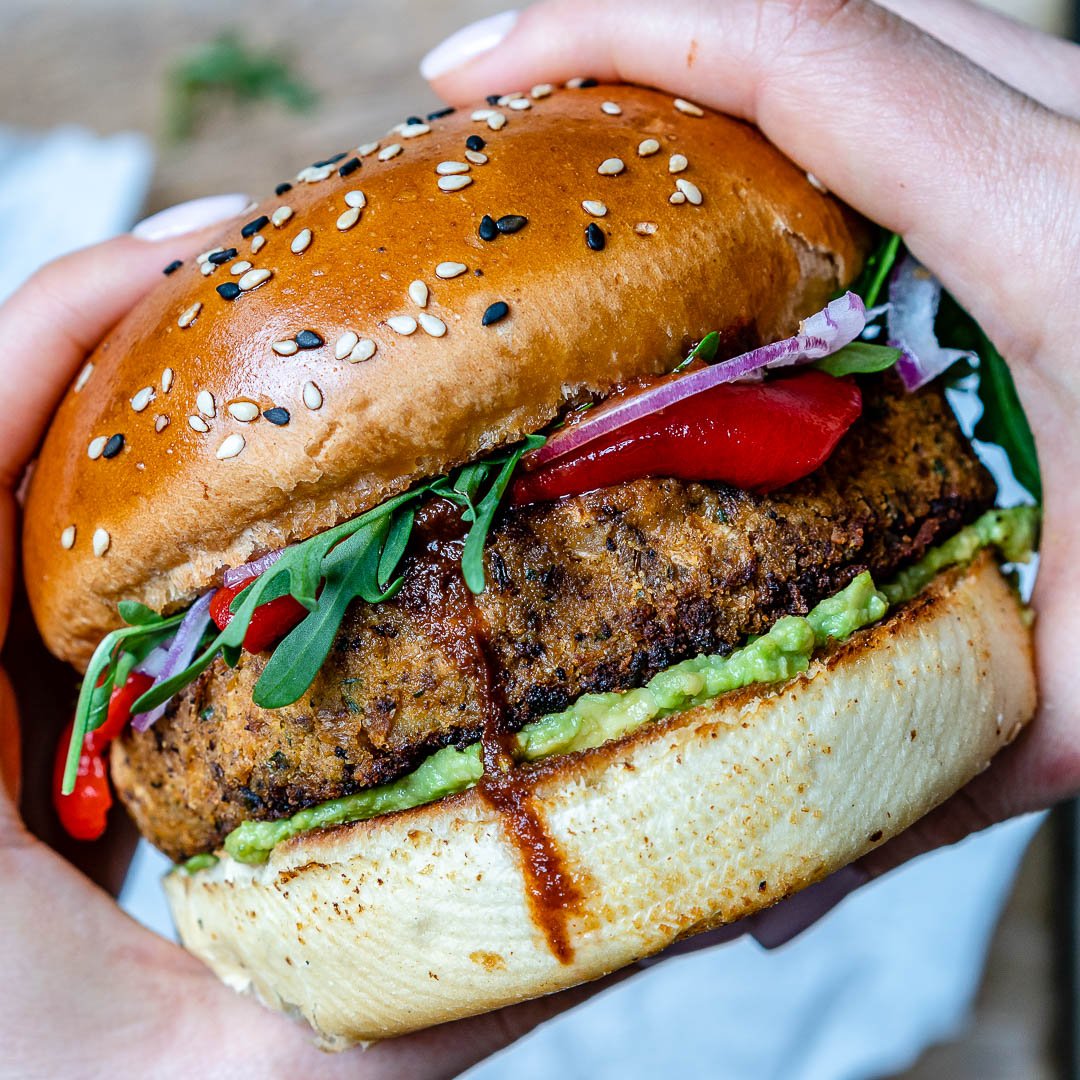 We can’t possibly know how healthy they are or whether we even like them because we don’t really know how they’re made.

So forget about store-bought, ok?! As I always say, homemade is best.

I will also tell you what are veggie patties made of, what to serve with veggie burgers and what ingredients you can change in this easy veggie burger recipe.

So keep reading if you want to make the best veggie burger ever.

How to make a healthy veggie burger – Best Tips & Tricks 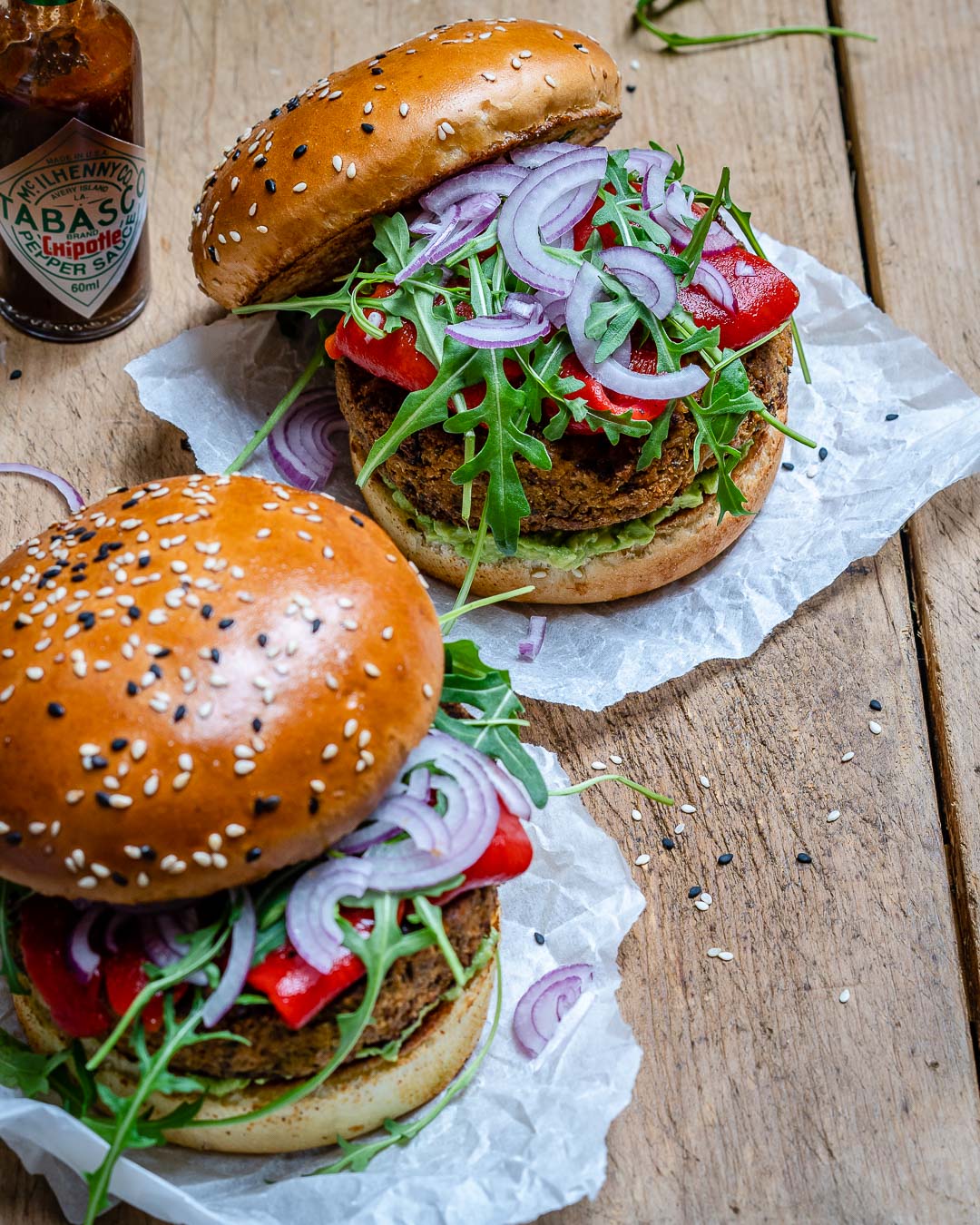 1. How to make veggie patties for vegan burgers

You can make veggie patties with many ingredients and here are a few of the most popular:

I made this easy veggie burger recipe with cauliflower patties and they were great with guacamole and the other toppings.

So if you’re sticking with the cauliflower version, you’ll need to know a few useful tricks. 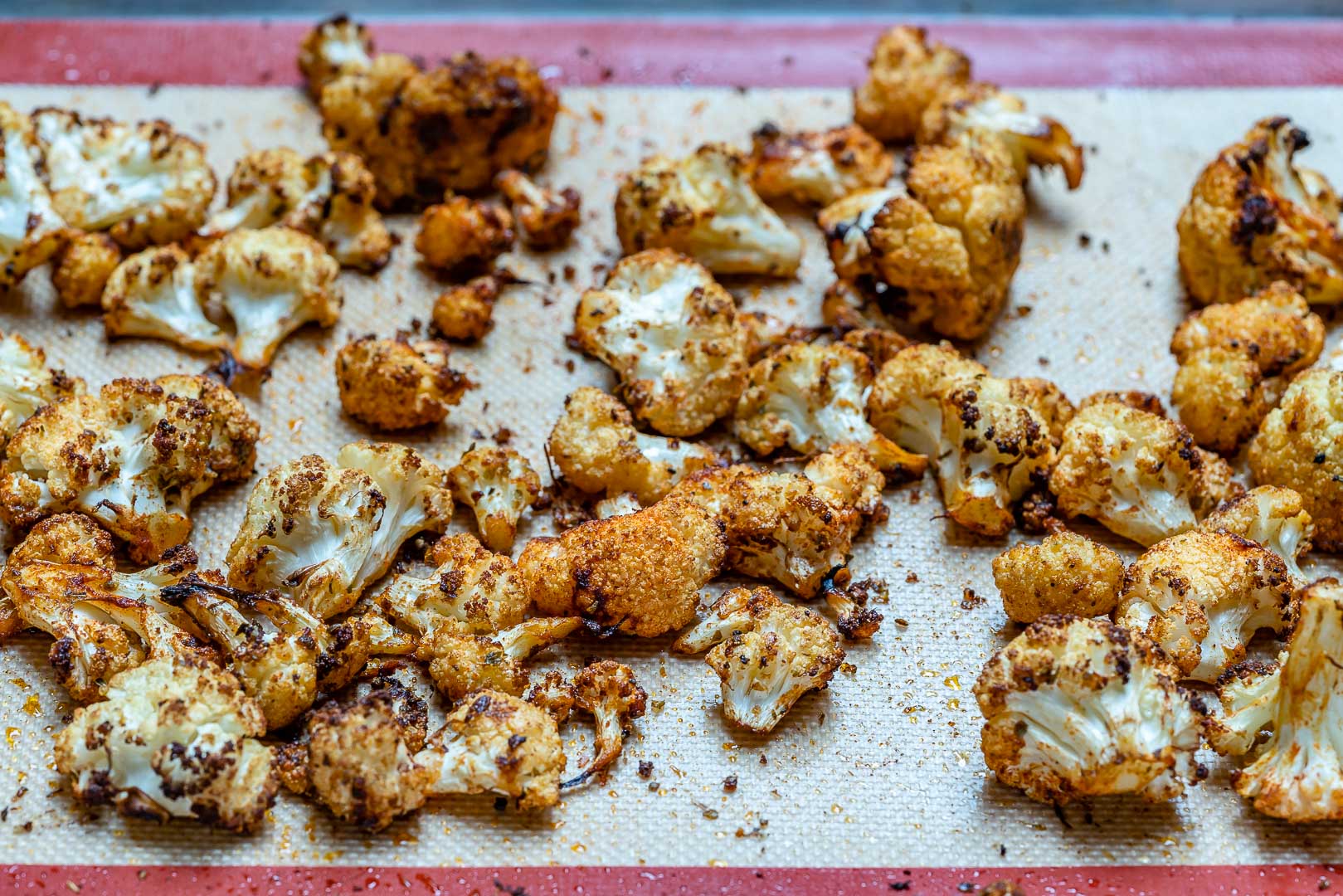 To make the vegan veggie burger faster, it’s best to roast the cauliflower well ahead. You can roast it even three days ahead.

I usually make a large batch and use it in many dishes. For instance, I divided this batch and used part of it in the vegan veggie burger, and I served the rest in salads and as a side dish.

This way, whenever you’re ready to make the burger, you’ll just have to mix everything in the food processor, form the veggie patties and cook them. It will take less than 20 minutes. 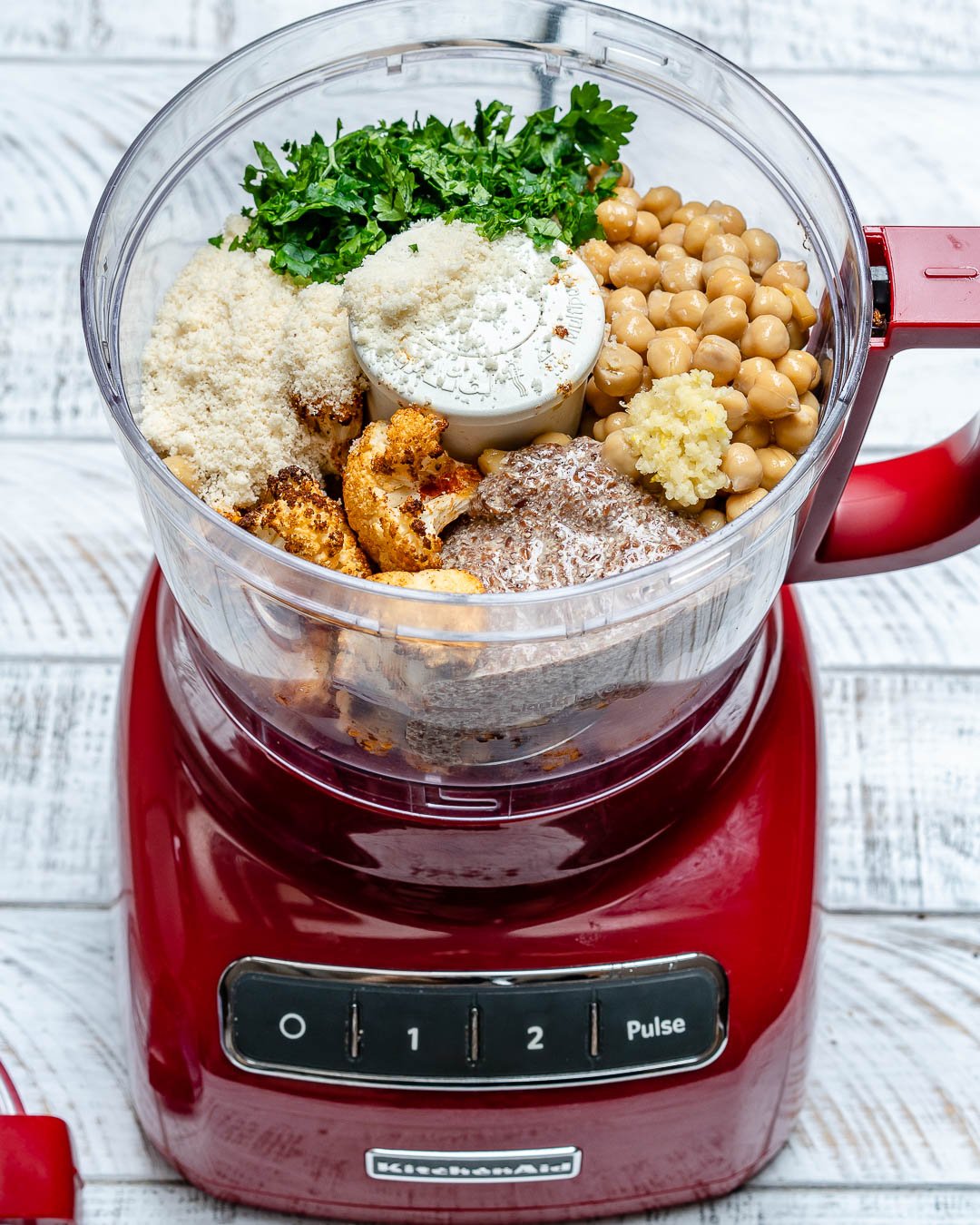 Another way is to make the patties ahead. This is a good idea especially if you are having guests over, throwing a barbecue party or if you meal plan with homemade veggie burgers.

Make sure you place some parchment paper between the veggie patties when you store them in containers. Otherwise, they will get stuck together.

Now that you know how to make veggie patties for a vegan burger, let’s move forward to the next tip.

2. What to serve with veggie burgers 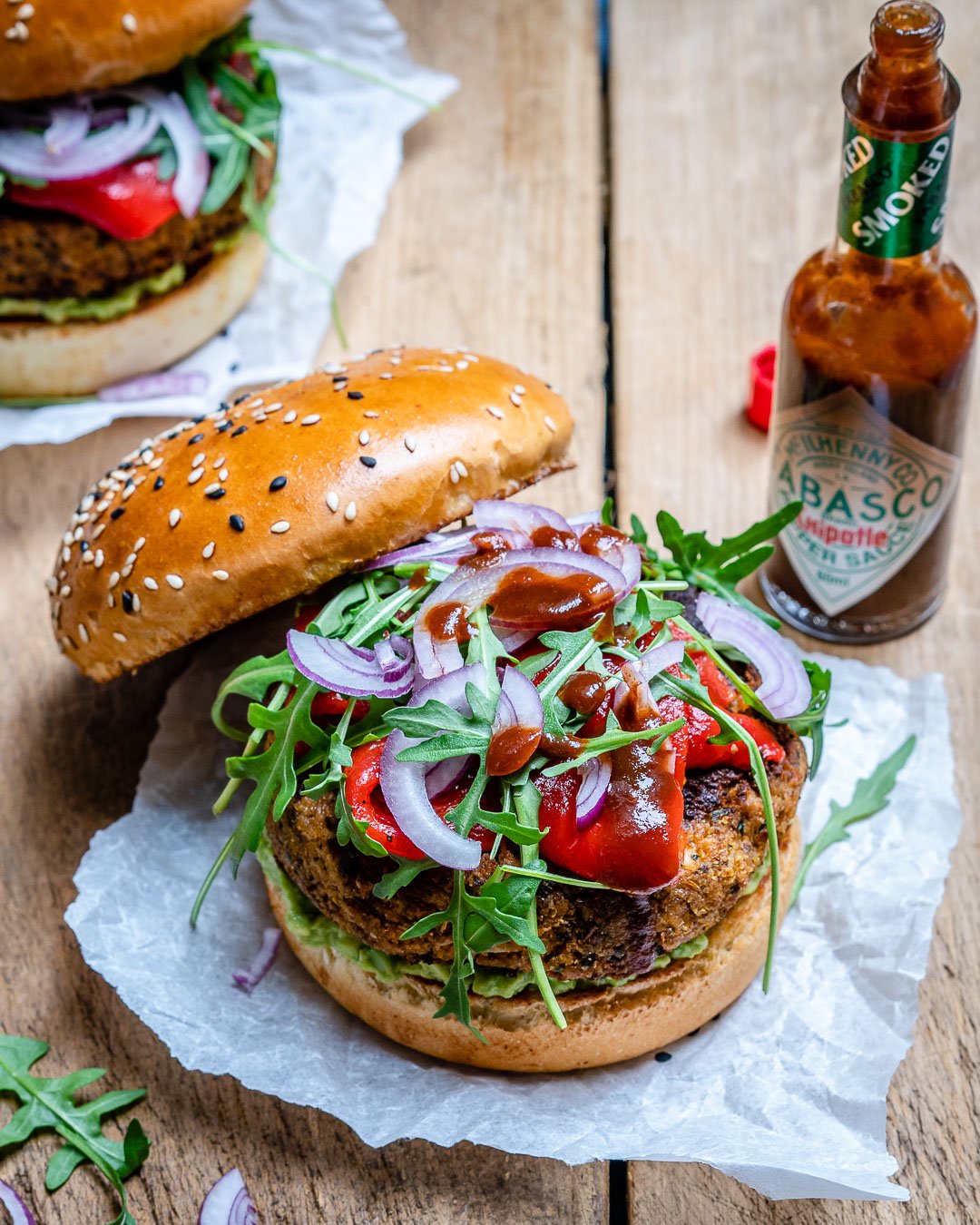 If you’re vegan, here are a few ideas: 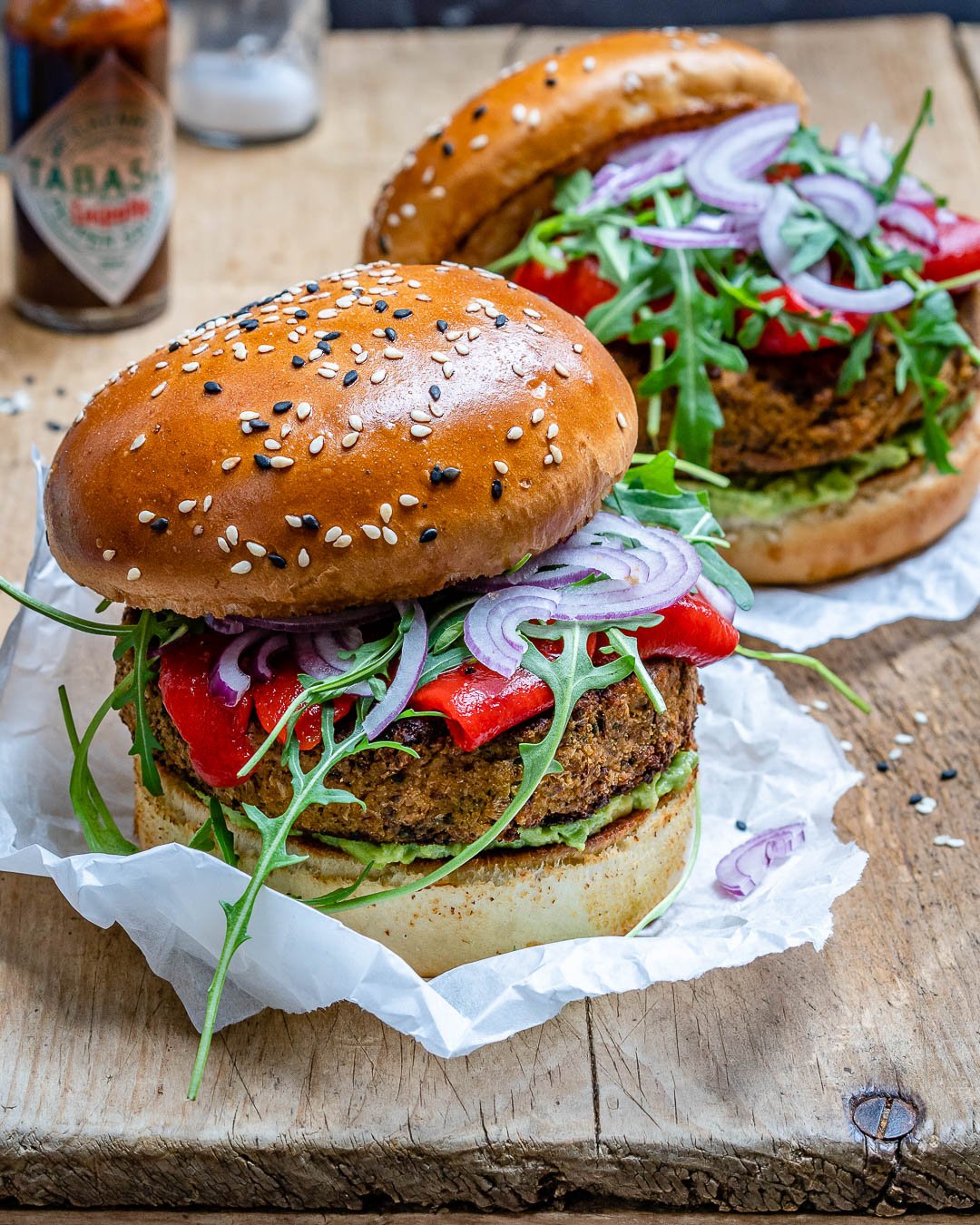 If you’re not vegan, you can go for:

Also, if you’re not vegan and you want to serve it for breakfast or lunch, you can stuff a fried egg in it or add a slice of cheese.

You should now have a better idea of what to serve with veggie burgers, so let’s move on to the next useful tip.

3. Adapt this easy veggie burger recipe to your taste 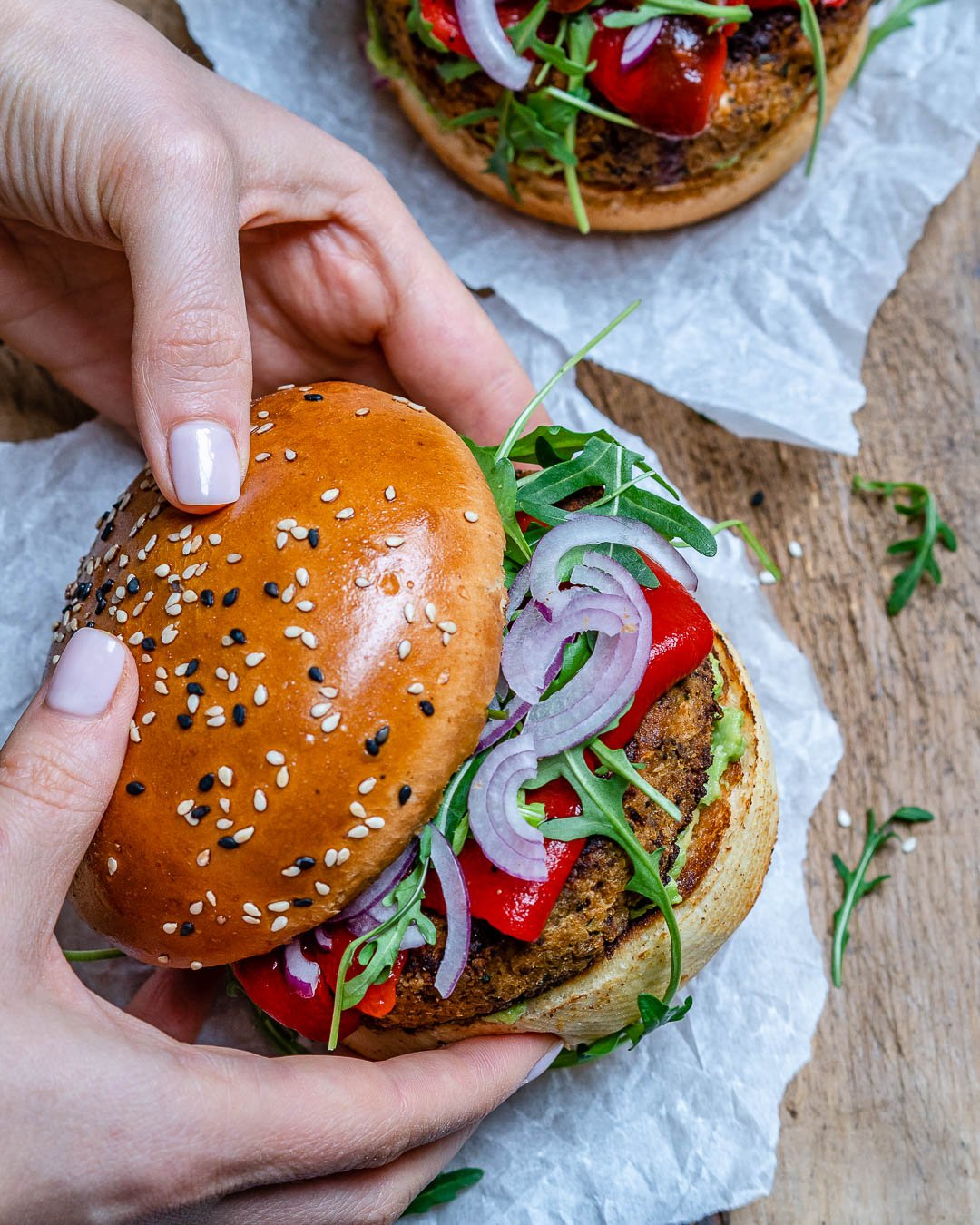 This homemade vegan burger recipe is quite flexible. You can add or replace the toppings with your favorites and you can also make tweaks to the vegan burger patty. Although I doubt anybody would want to change the guacamole.

If you’re an ovo-lacto vegetarian you can substitute the flaxseed mix with eggs. You can follow the recipe as it is and add two eggs instead of the flax mixture.

Furthermore, you can replace the chickpeas with other canned beans, like cannellini beans.

Of course, you can go ahead and experiment different combos and even if you fail, don’t worry; this vegan veggie burger recipe is super easy. You can start all over again until you get it right.

And if you’re not sure that your combo would work, just let me know and I’ll be happy to help.

Now you’re ready to make the best veggie burger recipe ever, so fire up the ovens and let the fun begin.

And don’t forget! After making this healthy vegan veggie burger, snap a few shots, post them on Instagram and tag me with @theblondelish. 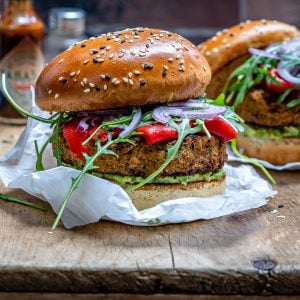 Please read the Tips & Tricks in the article before making this easy veggie burger recipe. Below is just a summary: